Today was pumpkin carving day in our home.

My children each chose a pumpkin and a stencil.  They scooped out the innards and marked up the images.  I ended up carving two of them for my youngest children.  My oldest was still working on hers three hours later…

I love pumpkin carving.  I have spent numerous hours creating art in the past.  Here are a collection of my previous pumpkins: 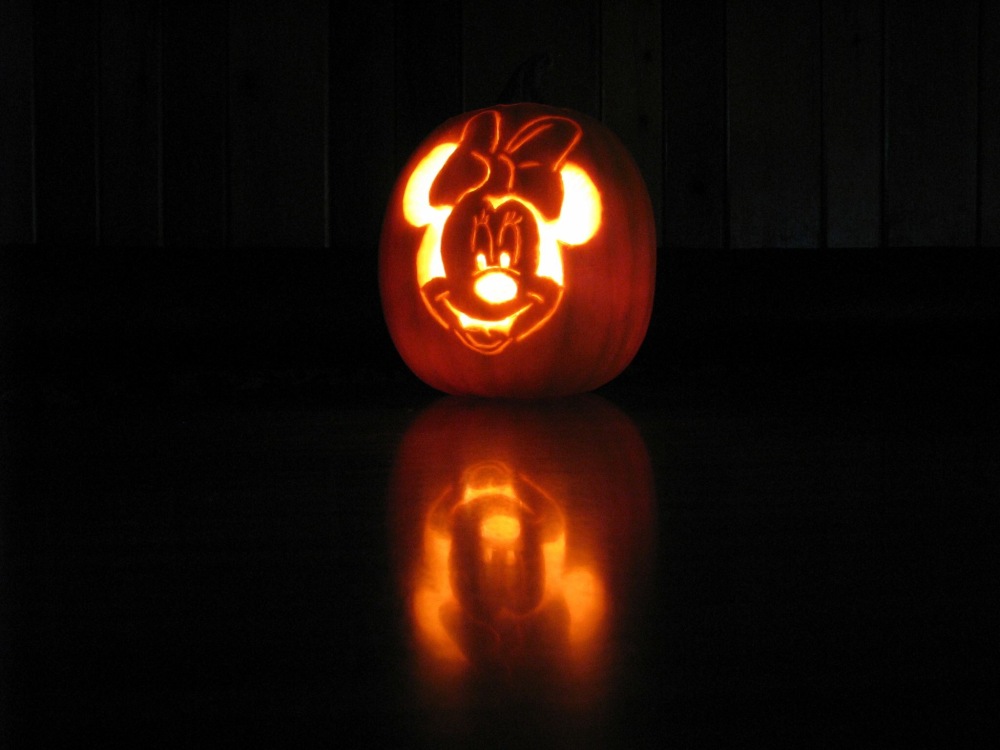 Minnie 2010. Just before we left to Disneyland.

2009 collection. My oldest carved the smiley face one.

This year’s collection is almost complete. I enjoyed having my children help.  They chose some easier designs that allowed them to help in the carving.  Plus it showed their fandoms off.

Totoro face, leaf shape cut out for the top. 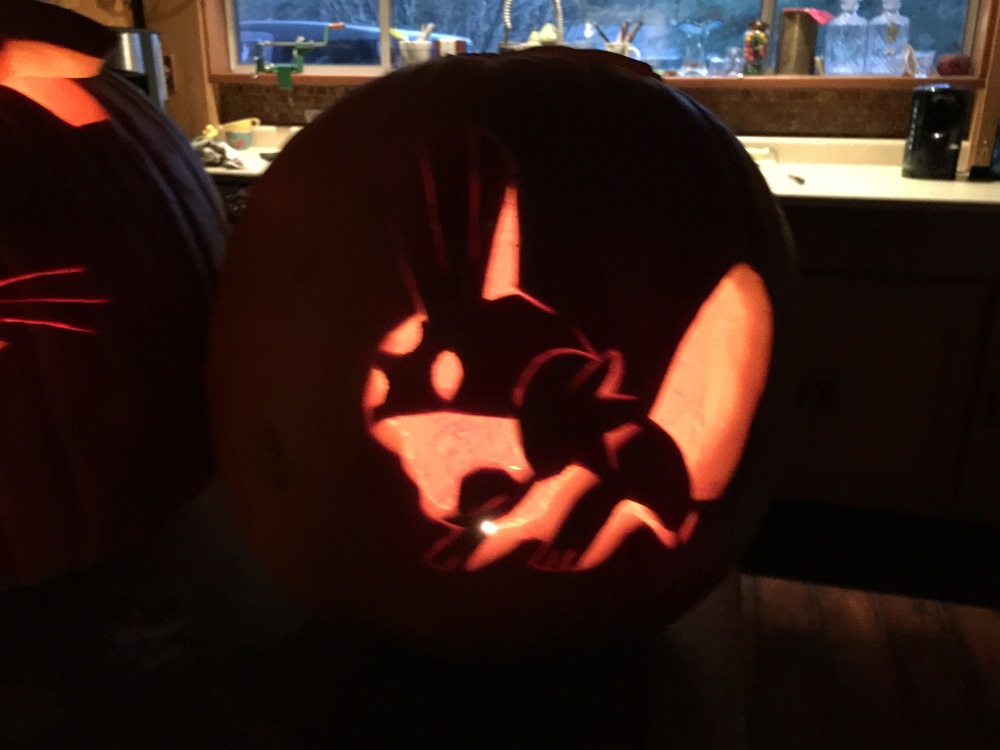 Besides my daughter who just finished up her Tardis pumpkin, I have one for myself still to carve.

My oldest daughter’s carving skills have improved drastically.  She takes after her father and is quite the perfectionist.  She took her time and calmly cut away the image she wanted to come to life.