Well, maybe not as much as it once was.  Our children have grown up to an age that they allowed us to sleep in until 8am.  Unwrapping gifts was a pleasure.  Everyone remained calm and there was lots of smiles and joy.  This year all the lovely women in my life received the gift of music. 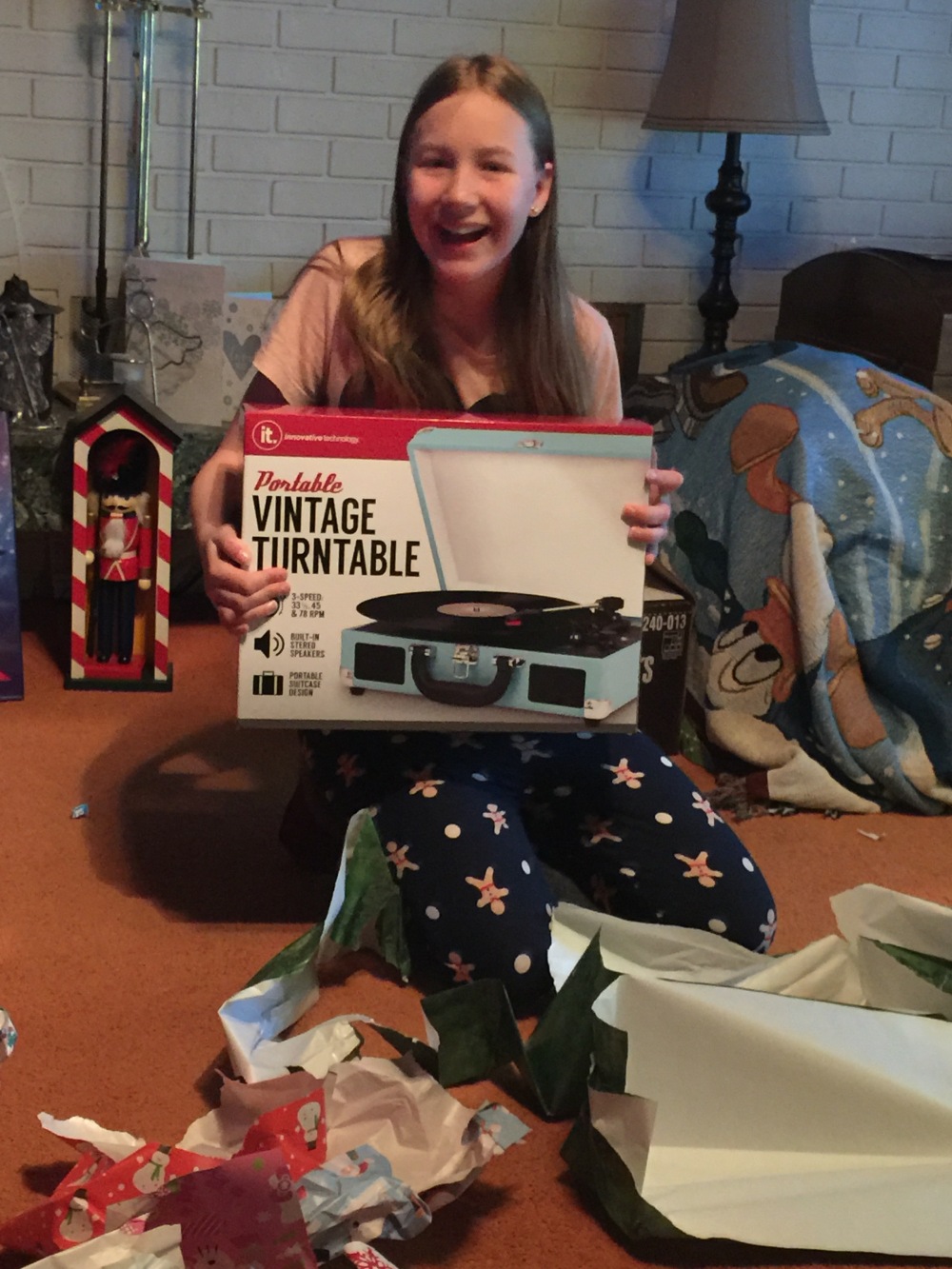 Our youngest daughter was super excited about her vintage turntable.  Now she can pull out our old vinyls from the 80’s.  We also gave her a Nightmare Before Christmas Album with images printed directly on the records.

Our oldest received her first acoustic guitar.  She had been sneaking some practice time on her younger sister’s electric one earlier in the year-which caused a few good fights.  So I took her out to the music store and asked her to find one she liked.  She surprised me by finding an acoustic one.  This morning, after almost all of the gifts were opened, she had a bit of disappointment on her face until I moved a blanket that had covered her new instrument.  I’m not saying she wasn’t happy with what she had already unwrapped- but she knew she was going to get this.  I think she was just waiting for it.

For my wife I bought her a bass guitar and amp.  She wasn’t expecting it.  But the joy on her face when she opened it was awesome.

She has since been Instagraming photos of her new instrument.  I hope she learns to play!

We also received a bunch of Lego as a family (somewhere in the neighborhood of 20,000 pieces when added up!)  There were lots of books and I received a bounty of craft beers.

Our children made some lovely paintings as gifts to my wife and I.  Encouraging their artistic side is something we love to do.  I have kept a bunch of their art as well as hung it up to display.

It was a funtastic morning.  In all my hurriedness last night to put out gifts, I forgot an entire bag full of gifts for my wife.  Oops.  So we opened them with her just before breakfast (which was at 1pm).

We are off for a walk now to talk about Christmas and spend some more time together for Christmas Day.

Merry Christmas from us goofballs! 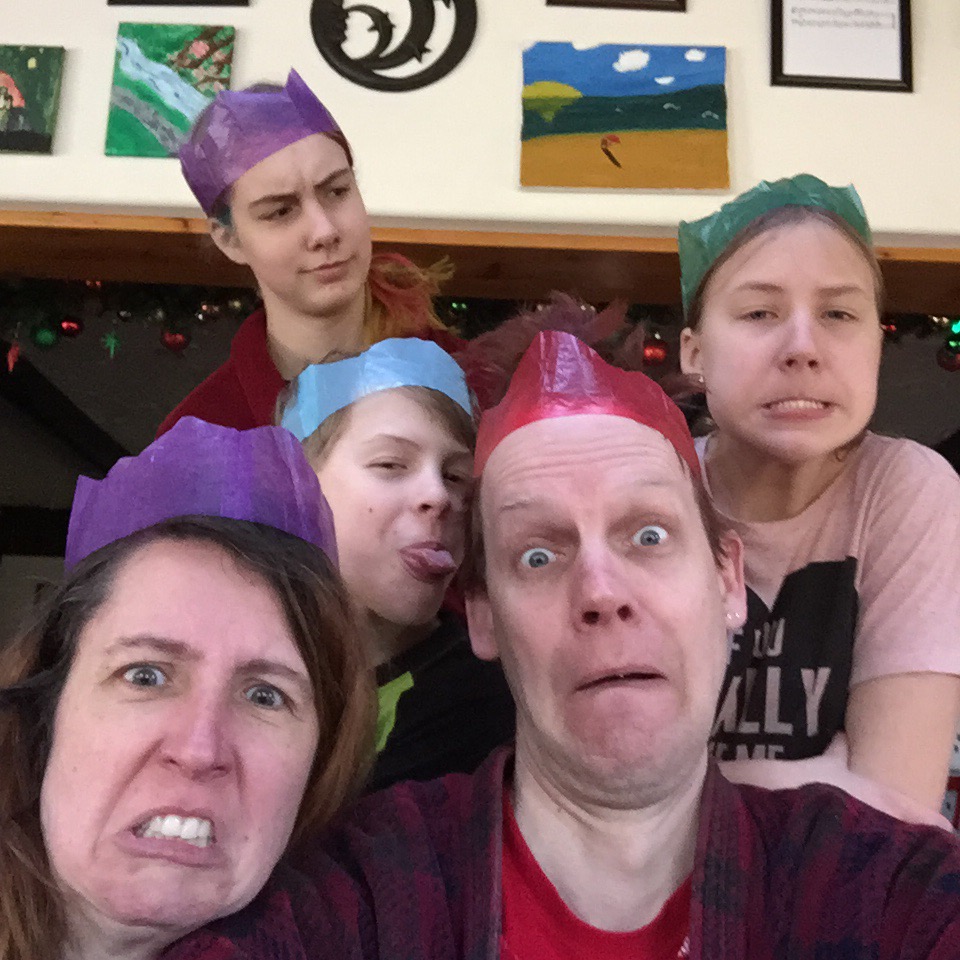