Star Wars has been a big part of my life growing up and growing older. Here is a brief timeline of my memories of such an iconic film series:

1981: We got our first VCR for Christmas and watched Empire Strikes Back as our first ever video. It was also the first Star Wars film that I remember seeing at age 5.

1984: I saw Return of the Jedi in the theater & was C-3PO for Halloween. We lived in Edmonton at the time and I wore the cheap plastic costume because it had to go over my winter clothes.  I remember vividly that the mask had a very distinct odor when my hot breath went on it.

1989: Rode Star Tours at Disneyland 7 times in a row. Still my favorite ride in Disneyland!

From my childhood and up until 1997, every time one of the movies was on tv, I had to watch it. (I have since bought the films on VHS, DVD and then blu-ray.)

1997: I watched the special editions in the theaters.  I know that Han shot first!

1998: I re-enacted the trash compactor scene at Zellers where I worked briefly. 1999: I started work at Famous Players Colossus movie theater in May about a week before episode 1 was released. (May 19th: Colossus officially opened on the same day as Star Wars Ep.1) 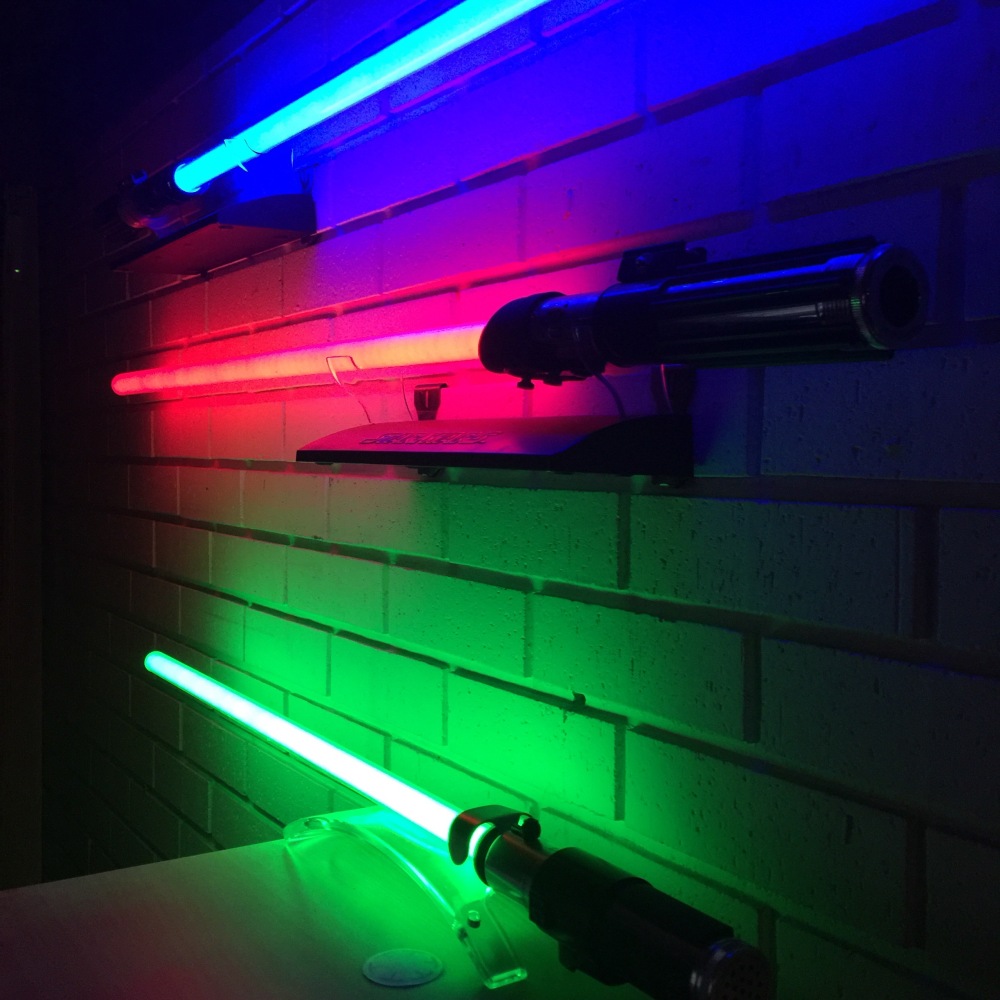 2006: My son’s first Christmas, both he and I received Lightsabers from Santa. His was Anakin’s, mine was Vader’s. 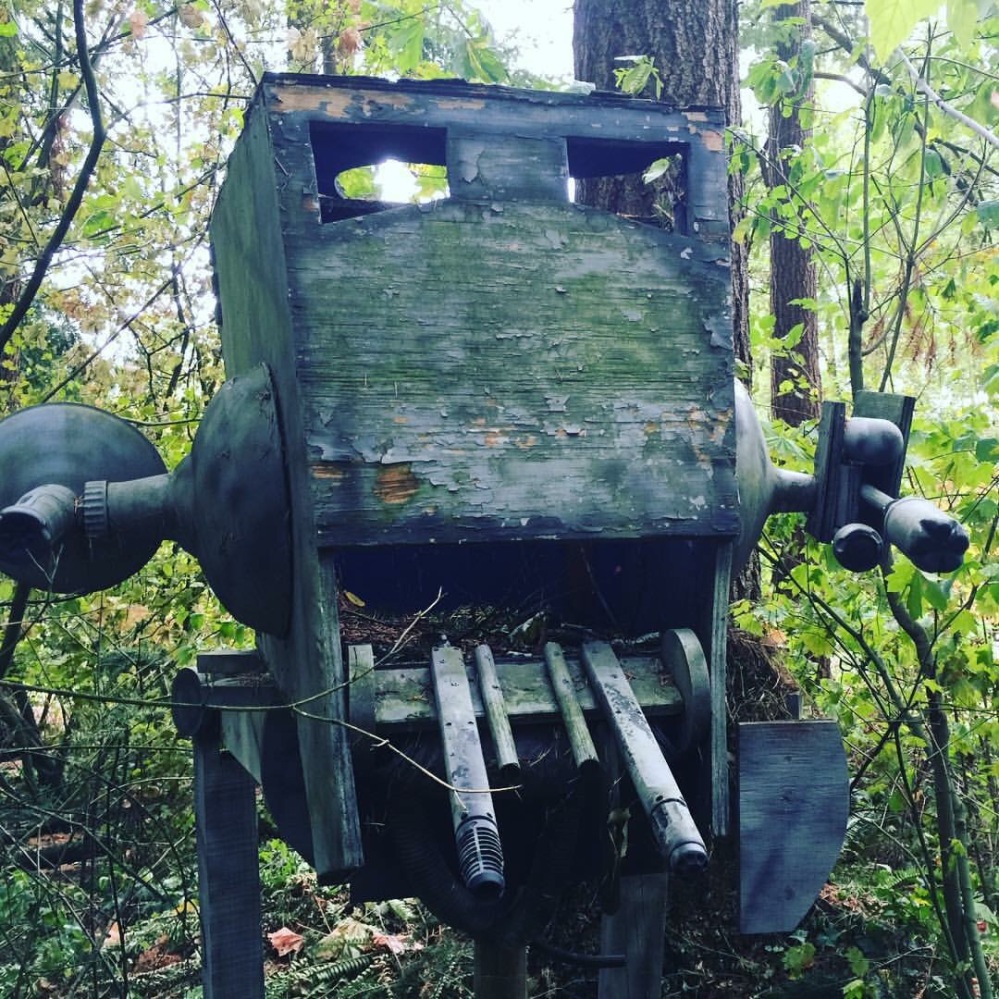 2008: I built an AT-ST in my backyard. This winter it collapsed. We will rebuild!

As the years went on, so has our collection. We have Star Wars cookbooks and my car has been subtly shown its Darkside. We have a BB-8 Sphero and a few Airhog remote control ships.  I have most of the original Star Wars Lego sets from almost 20 years ago.  Every time we are Conventions I am drawn to the Star Wars fan art and t-shirts.  I have a large collection of both now.  The last thing I want in my collection is a full size costume of a Storm Trooper or Darth Vader to go on display.  Or perhaps a few movie replica helmets.

I guess it’s a little obsession of mine. Even my family loves Star Wars.