Our children only had a half day of school today. So this afternoon we went out for some “Screamers” to celebrate the start of summer. A cold mix of slushee and soft serve ice cream.  I did a mix of Crush soda flavors to make a cool rainbow chilled awesomeness. 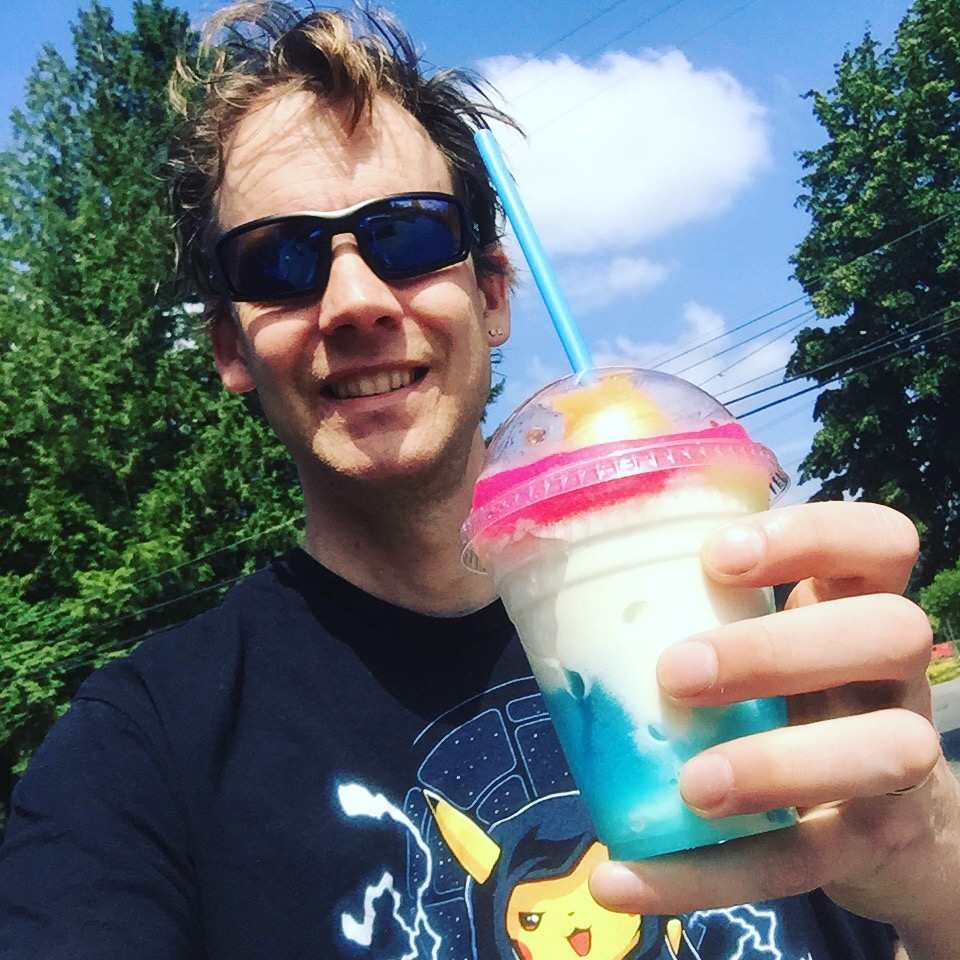 The place we went to was “Ed’s Market” in my old neighborhood from when we first moved into Langley.  The market itself has barely changed, neither has the nearby neighborhood. A few upgrades over the past thirty years- some new buildings, some torn down. But the neighborhood remains familiar to me.

After grabbing a cold drink, we got back into the car and we were going to head to a park to relax.  It dawned on me that we were close to where a new Parkour Park was opening today.  So we drove over to check it out.  I’m glad we were there before the Grand Opening. 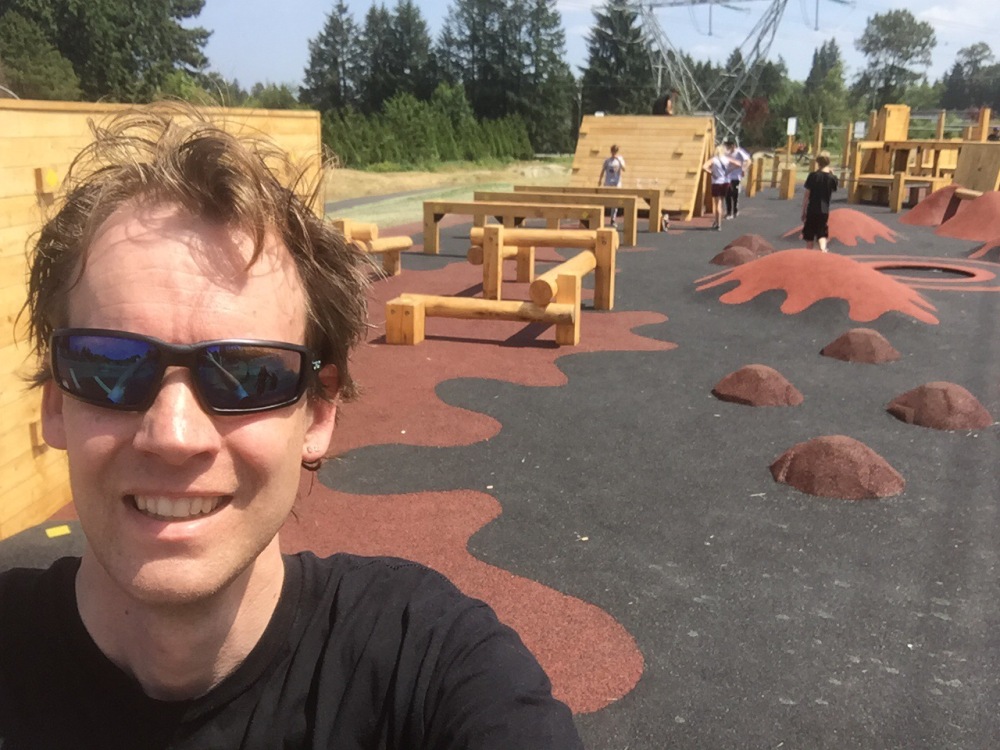 We arrived before the crowds- found parking easily and we were able to experience the park with hardly anyone around.  A few races through the park against my son and I was breaking into a sweat. 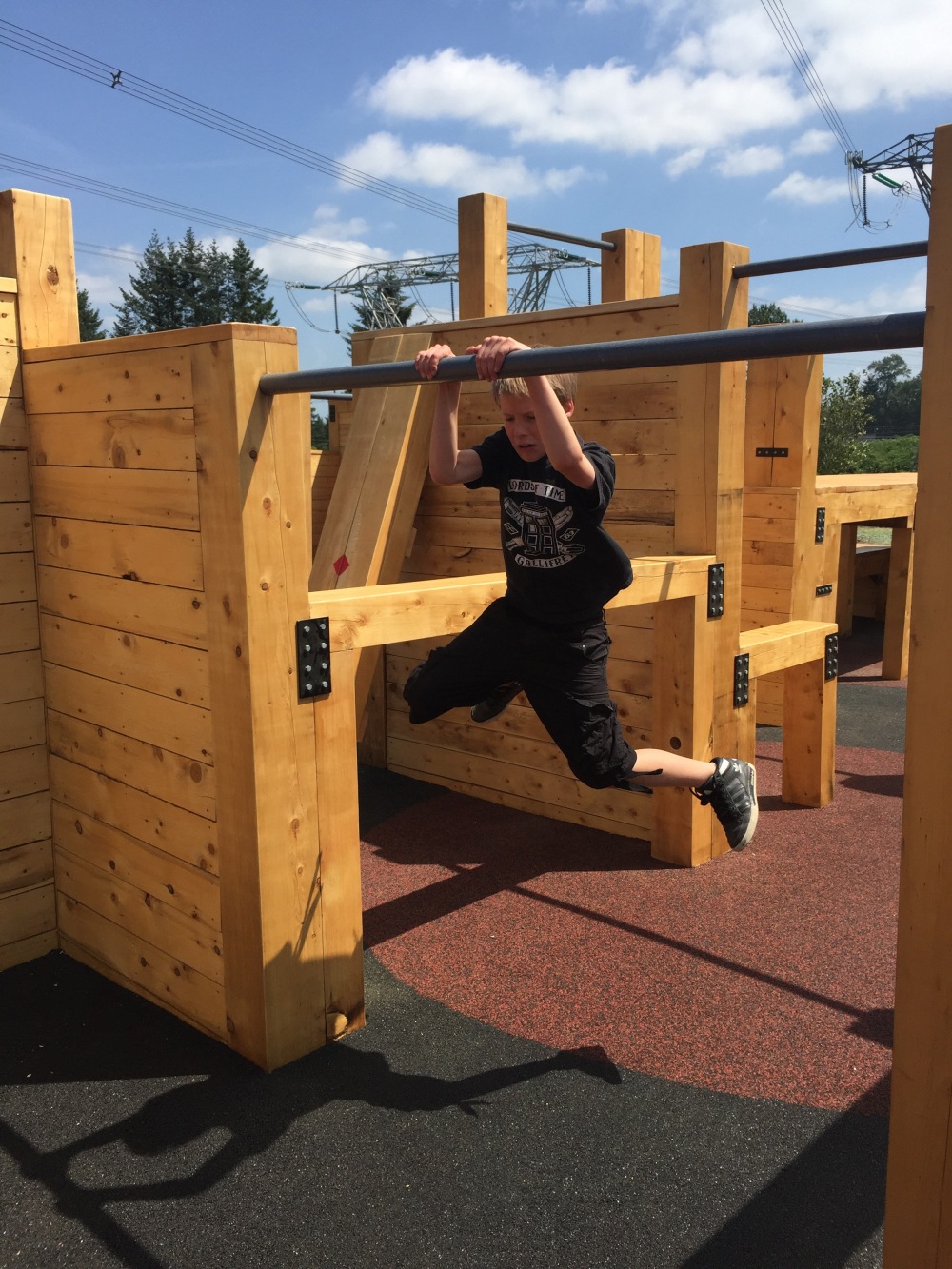 My height gave me an advantage of jumping further distances with ease. But his spry little body had me left in the dust as he jumped through bars and holes.  He clambered up walls with ease.  I had to practice a few times to get it. 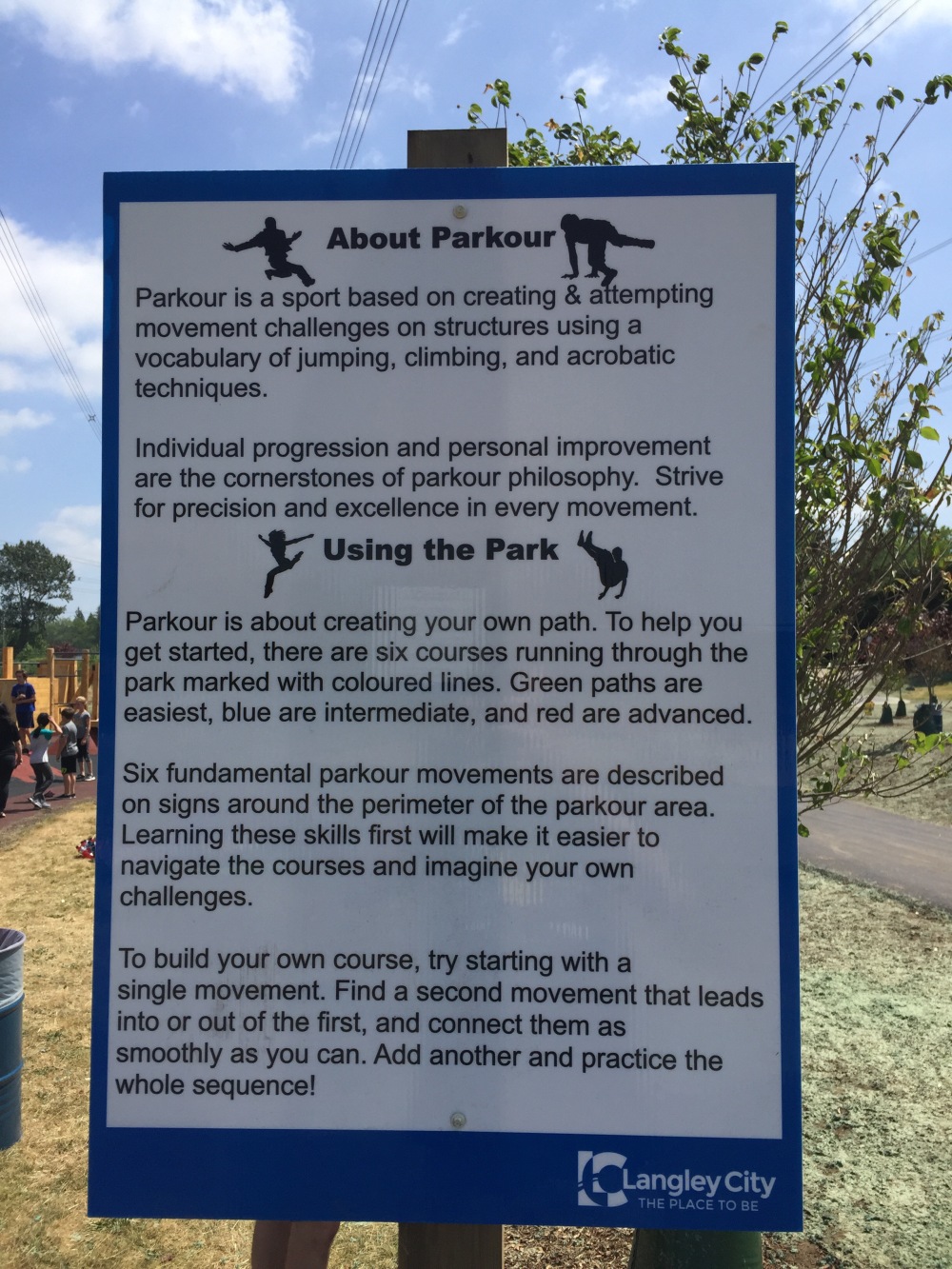 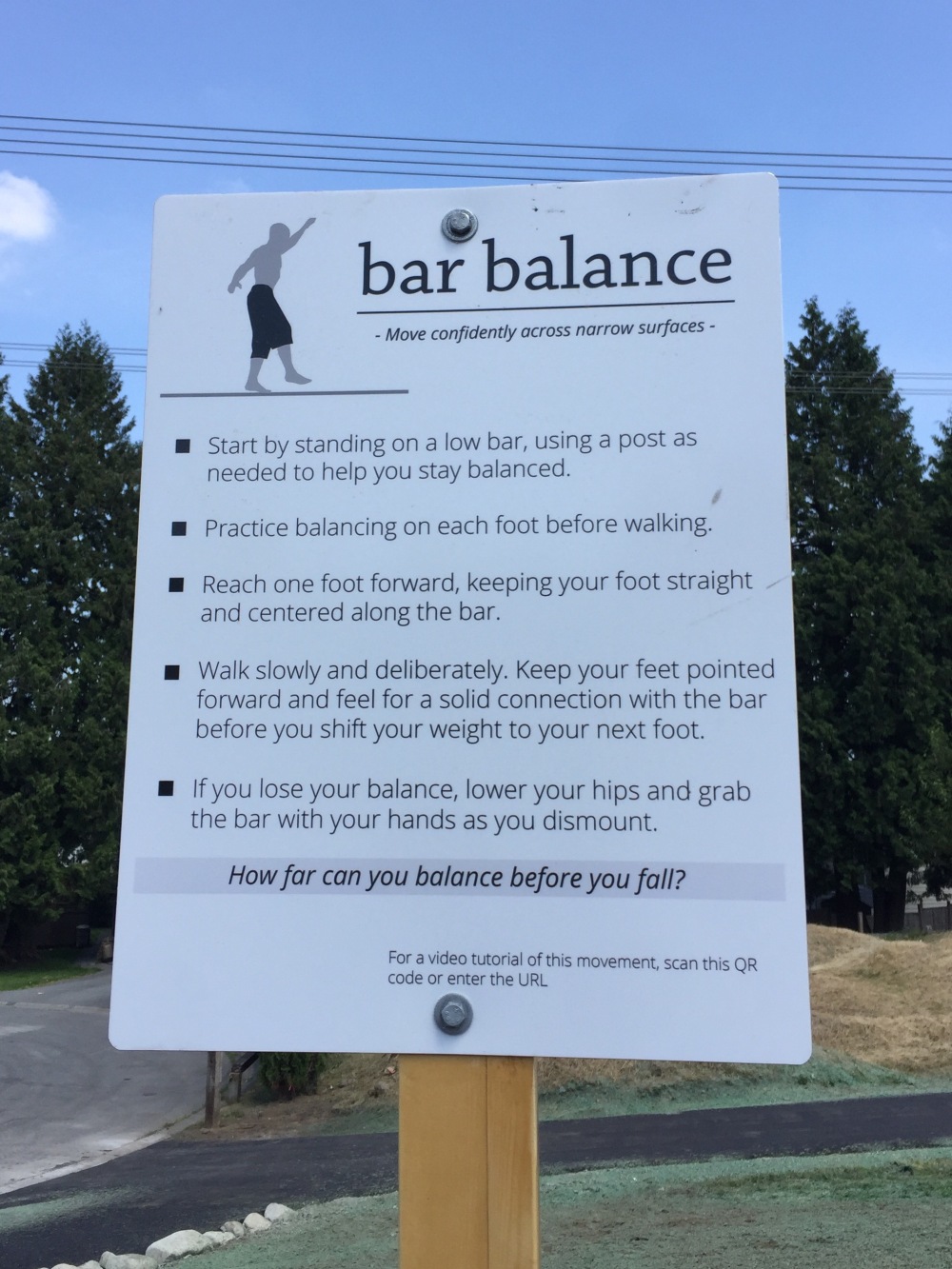 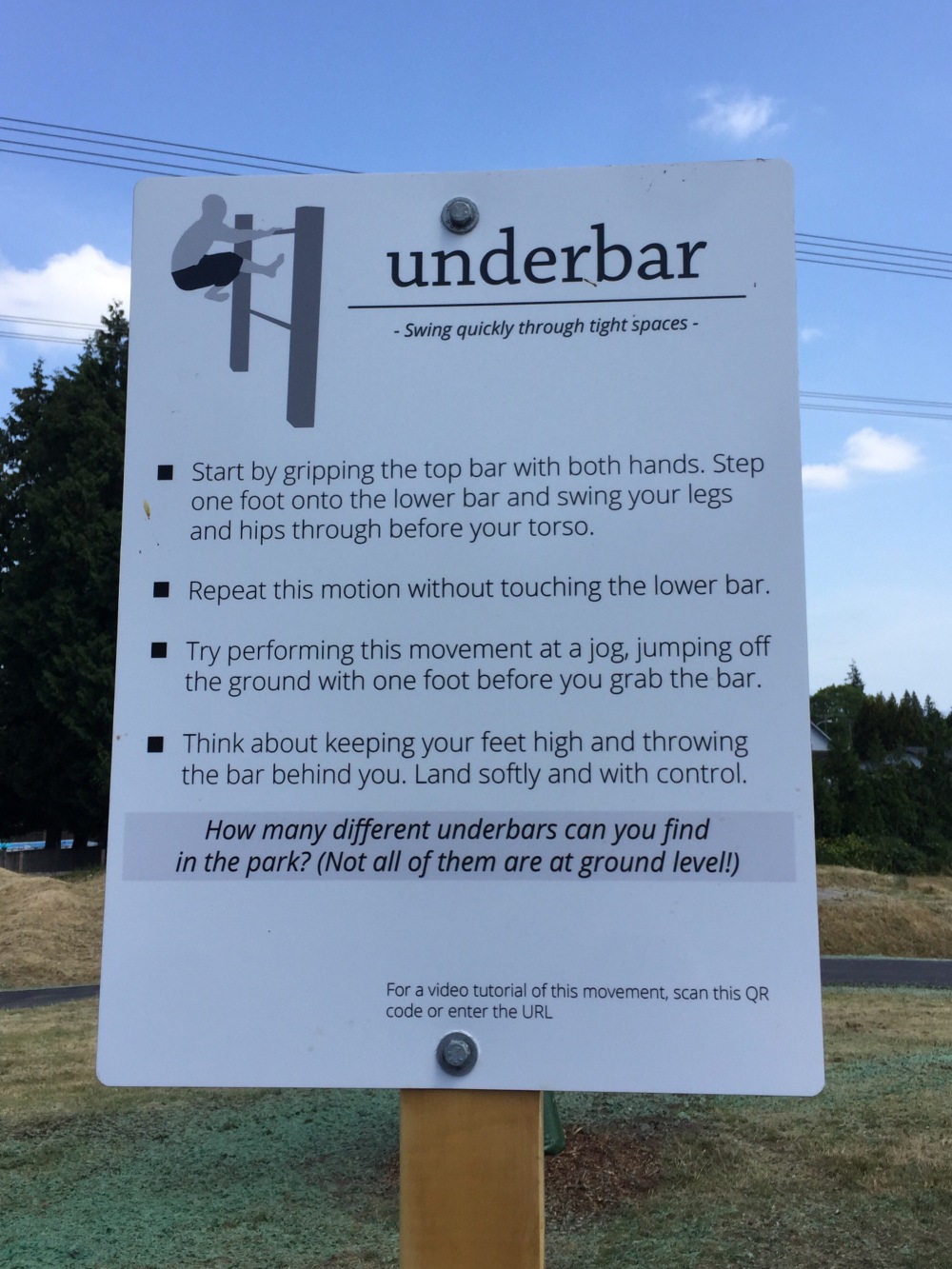 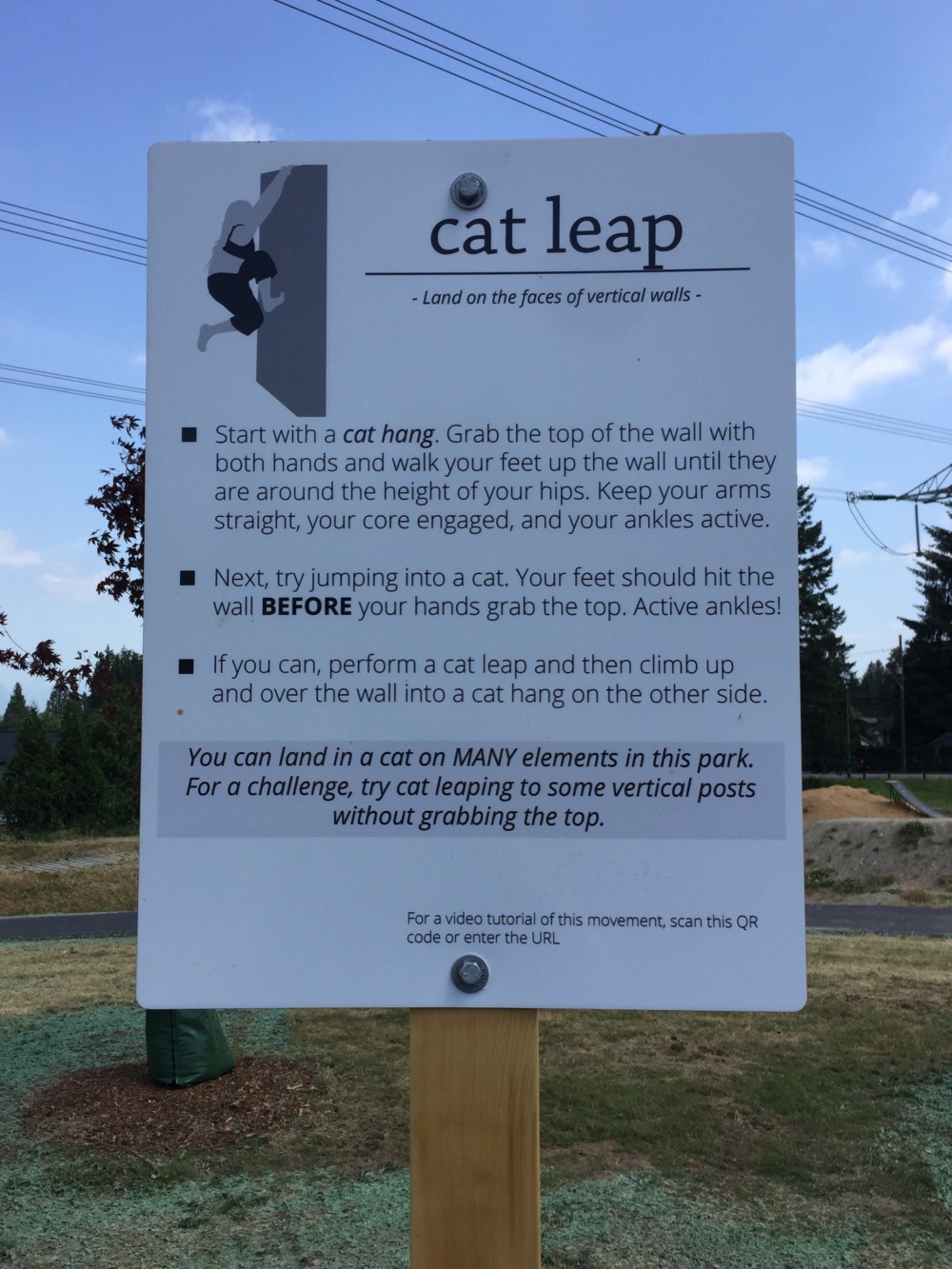 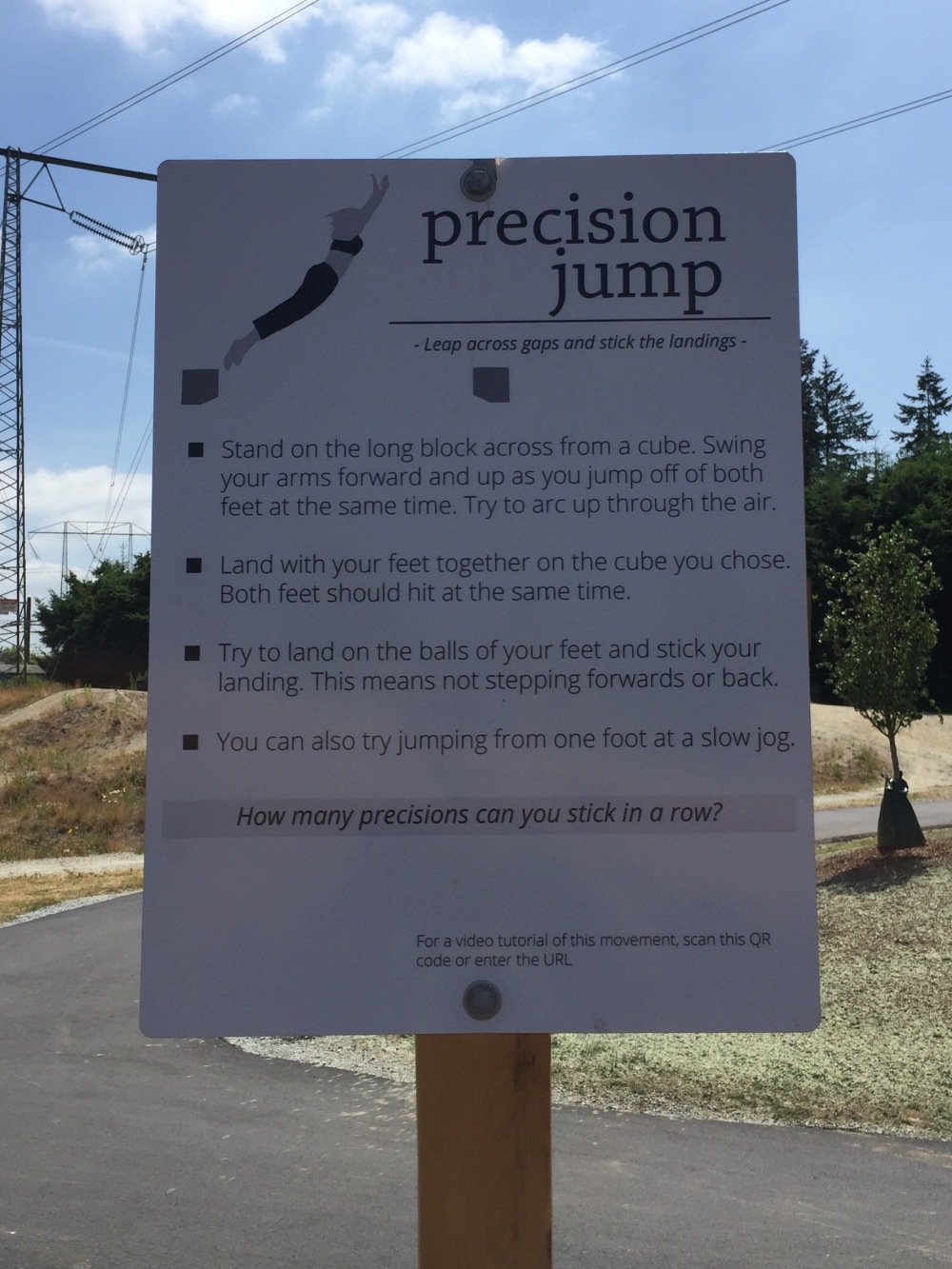 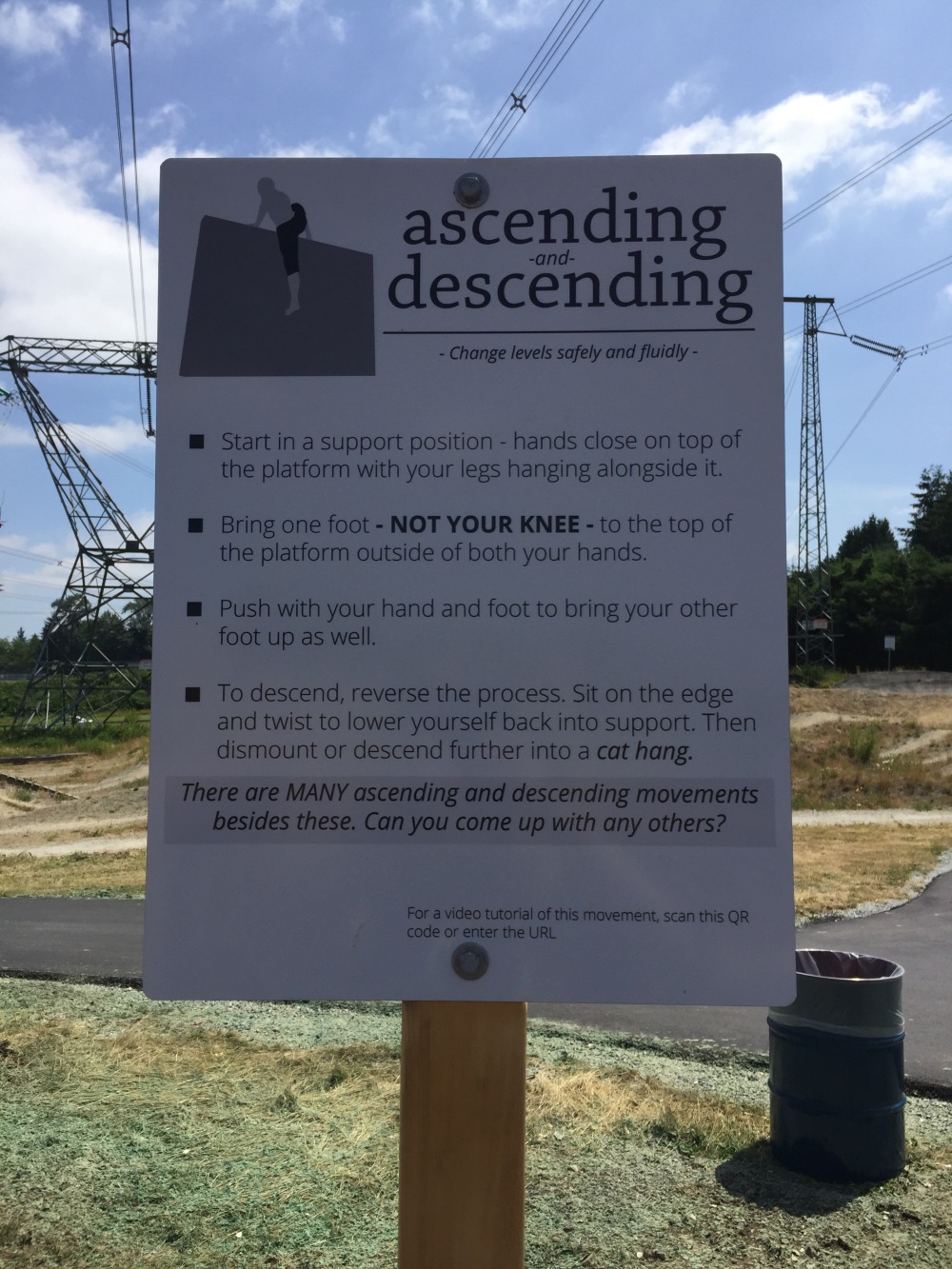 There were plenty of signs around offering tips and advice.  Very handy considering I’ve only ever seen a few YouTube videos and never tried it myself. In trying out this Parkour Park, I realized that it’s a workout that I can enjoy. Under the hot sun, perhaps we should’ve had water to drink instead of Screamers.  Next time… 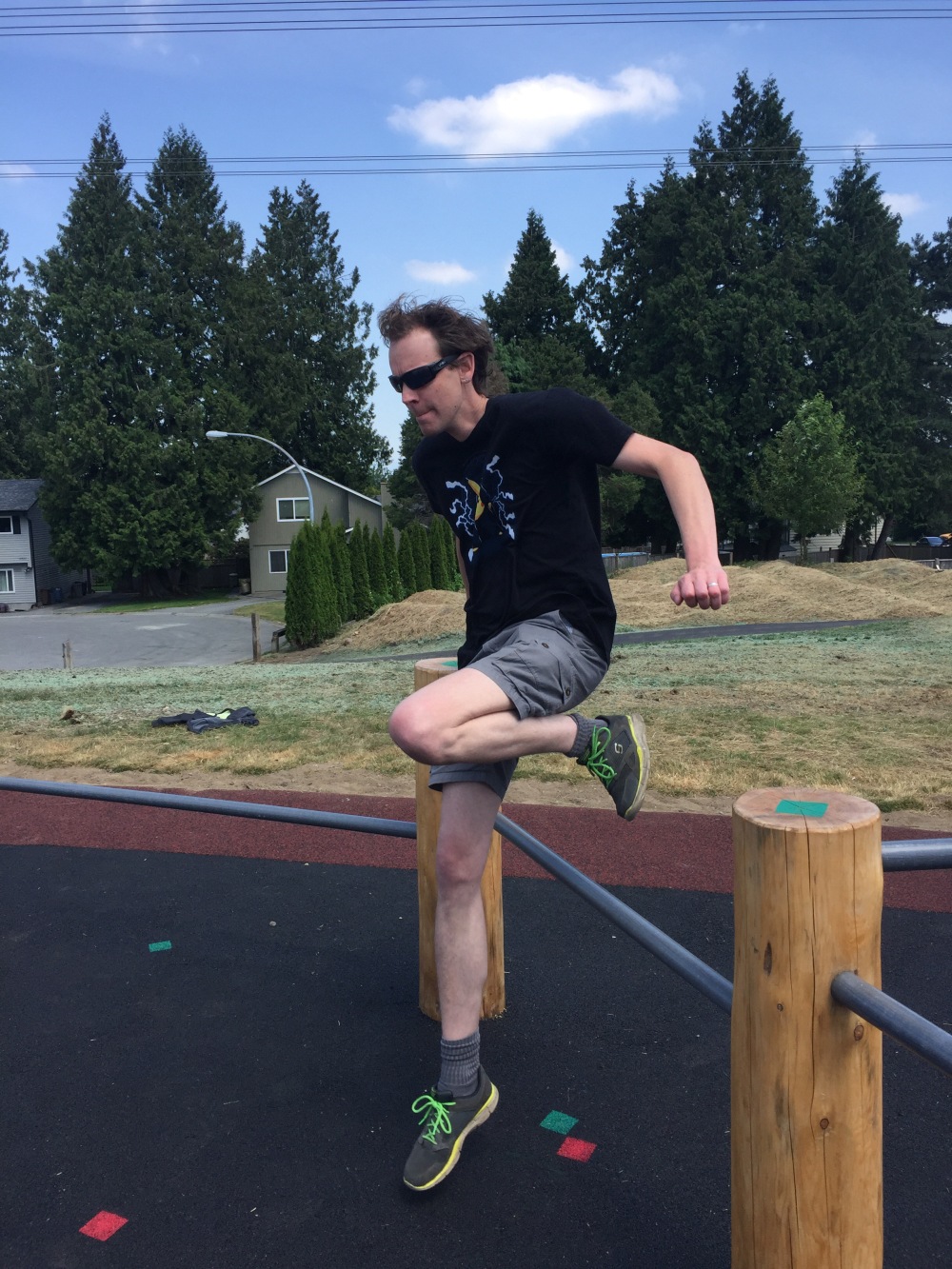 Since hardly anyone was there, the embarrassment factor was minimal.  I was as graceful as a tall guy who never did this before could be.  A couple misses and falls, but nothing major. We walked away injury free.  All of us vowing to return and create course challenges with each other throughout the summer. 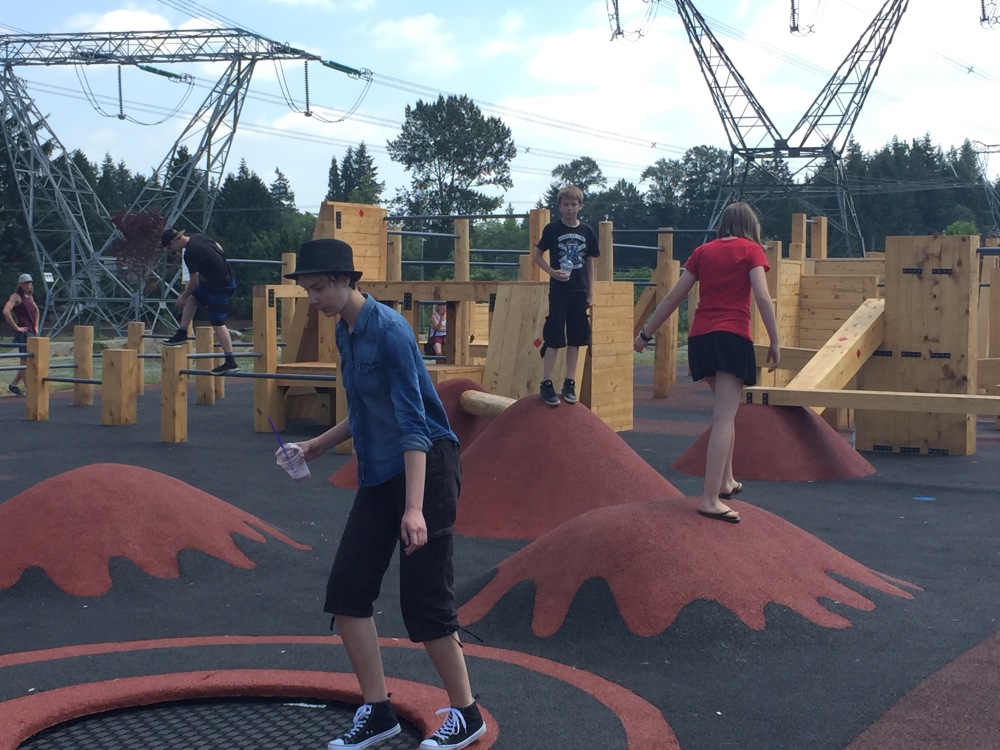 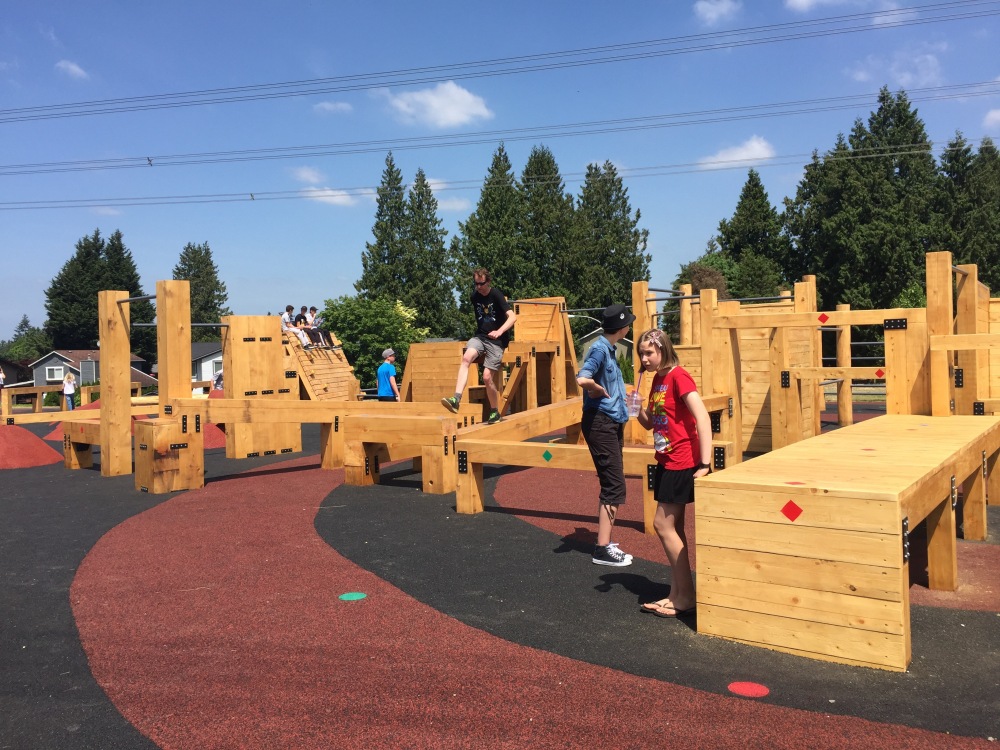 Parkour may be the activity that gets me moving again.  Challenging myself to push my limits. Perhaps we can hit the park once a week this summer.