The best trip I ever took on the railroad was being the conductor moving a steam train from Squamish to North Vancouver. This was on December 7th/2010 in the early morning. I briefly mentioned my adventure in Proud of Where I Work. The Royal Hudson was a majestic machine. 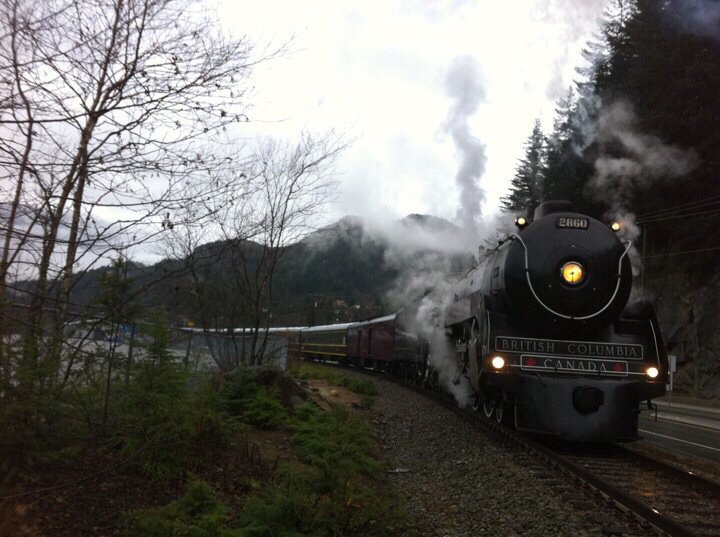 Being canvased to take this train in the wee hours of the morning didn’t bother me at all. When the crew caller told me it was as for a steam train- I bolted out of bed like a kid on Christmas morning and accepted the call. I arrived at the yard office an hour early waiting to get on board.

My engineer and I were taken in a taxi to the West Coast Railway Heritage Park where the engine was housed. We were called more as “pilots” to help the crew as they travelled on CN’s tracks. In the coach cars behind us were media and some higher management types. Once we got going, the trip south was smooth. Mostly I was in charge of lining switches and talking on the radio.

We stopped once on the side of the highway. This was to perform a quick inspection to make sure the wheels weren’t running hot. This allowed for a ton of photos as well. My boss had given me permission to use my camera while on duty- otherwise we generally aren’t supposed to. The public also stopped alongside us numerous times to get a quick photo of the famed Royal Hudson locomotive and coach cars. 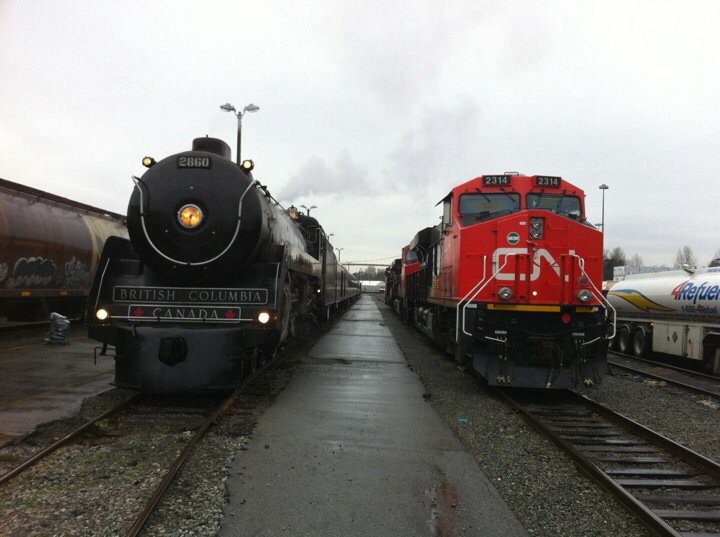 When we arrived at our destination- we parked next to a diesel locomotive getting fuel in order for our engine to get filled with more water. Even though my journey as conductor ended here only three hours after it began, I stayed longer to ask questions of the volunteers who take care of the engine.

Yes, volunteerstake care of this engine. There is not a lot of money allocated from any railroad in order to preserve these machines. The museum brings in a bit, but it’s the train buffs who volunteer time and effort to keep these things running.

Alas, two days later, the engine returned to Squamish and has not been brought out on the main line since then. When I retire from CN Rail, I think I may put forth some of my time towards keeping these beauties around for future generations.