At work I’ve been moved around to different locations over the past year or so. Every time, I use my knowledge that I have gained over the years and adapt it. Sometimes I struggle to figure things out. But sometimes I forget things. Things I should’ve remembered. Mostly because I don’t use that knowledge. I don’t plan on forgetting computer commands. Or forgetting the processes and rules in place. But when you don’t utilize them, you forget them. It’s like relearning how to ride a bike all over again.

As tough as it is, everyone is patient with my abilities. And willing to help me out. The people and the job are pretty good to me in that aspect. No one wants to see you fail here. It’s very encouraging.

Finally a day to myself. One where no work is involved. A day where minimal chores will be done. An opportunity to do whatever I wanted. First I took a morning nap. Then I made lunch. There are so many things I could be doing. But this is what I have planned until dinner: 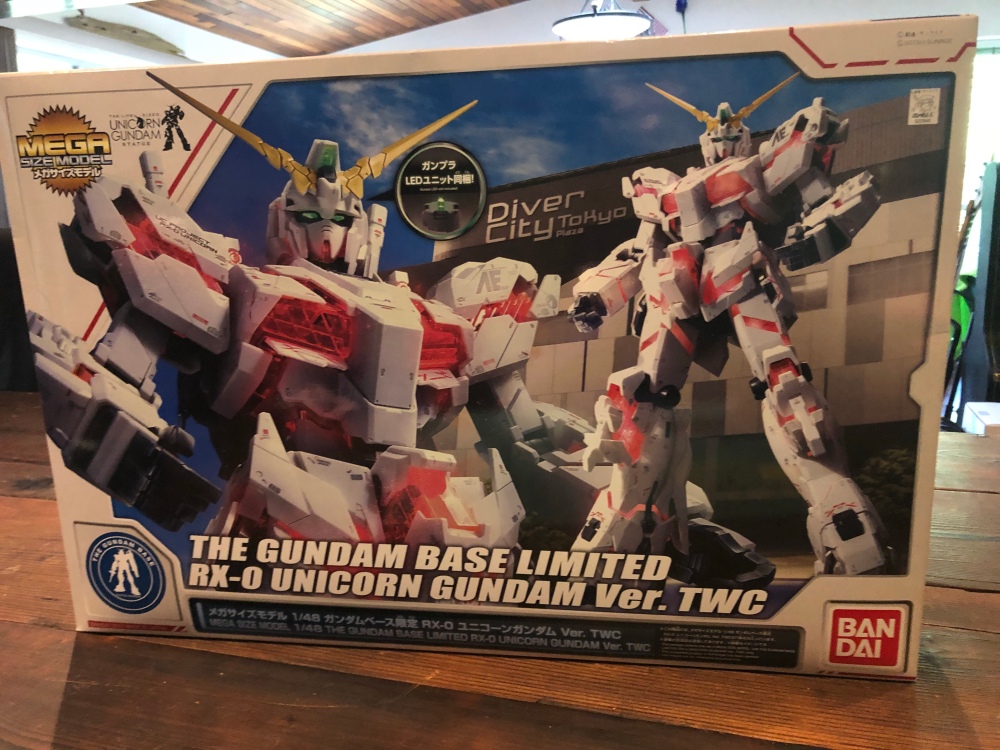 Time to build a model I bought in Japan! Fun times! Hopefully I can get most of it done without interruption. I need a bit of “me time” or “down time” or whatever you want to call it.

Last night my son and I began playing Fallout 4 on PS4. Ya I know the game is already 3 years old, but it’s new to us. As I mentioned back in January in Father/son Video Game Day, we finally got a PlayStation 4 for Christmas. We have been slowly adding to our library of games. A game such as Fallout 4 that has been around for a few years is generally inexpensive to purchase. So, we now own it. Since we only just began playing the game and it is a one player, first person shooter, my son has taken most of the control of the character. I have sat on the sidelines offering advice and asking questions. It surprised my son that I know so much about the game. I had to explain to him that most games like this are formulaic. They follow a set style which makes it more natural to pick up and begin playing. What sets apart each game are a few key features. Storyline, characters, settings, graphics (these increase in quality over the years), sound effects, and music. Fallout 4 surprised me in this last area. Where most games of this style (shooters) usually boast either no music or go heavy metal/industrial, Fallout 4 does not. Instead, because it is a post-apocalyptic theme, the soundtrack is rockabilly/ bluesy songs from the 1930’s-1960’s. It comes through their mock radio station- Diamond City Radio. This music playlist really sets the tone of the game for me. I have already fallen in love with it after only playing for about an hour. The use of music in the storyline really sets the narrative. I am looking forward to many more hours of gameplay. With my son at the controls of course… because I suck at gaming nowadays. I miss my blocky running dude from the early 80’s. Today is the big celebration for Vancouver Craft Beer Week aka “Beerfest”. I have numerous friends and coworkers attending. Many of which asked me to come with them. It looked like a great time sampling beers from local breweries. However, I was unable to join them. Even though I usually have a Saturday off, I am covering a coworker’s vacation. I can’t neglect my responsibilities. Beer would be much nicer than stumbling through my job today. It has had many challenges.

I’m not exactly confident in every decision I am making at the moment. Since I am “in charge” I have to do my best. Hopefully the things I am doing make sense and we continue to move trains. I will be done by Monday and return to a regular schedule with my three days off each week. As exhausting as it is, I think I’m getting the hang of it.

If only Beerfest was next weekend. Maybe I’ll need to create my own as a way to cool off and relax next weekend.

Last night I tried to tell my son Theory that I loved him. Because that’s what you do when it’s time to say goodnight. I just tried to say it all cool like. You know, just kind of throw it out there.

Aww. Easy Dad speak to a 12 year old son, right? Not according to the phone in my pocket. She answered me suddenly after a beep: 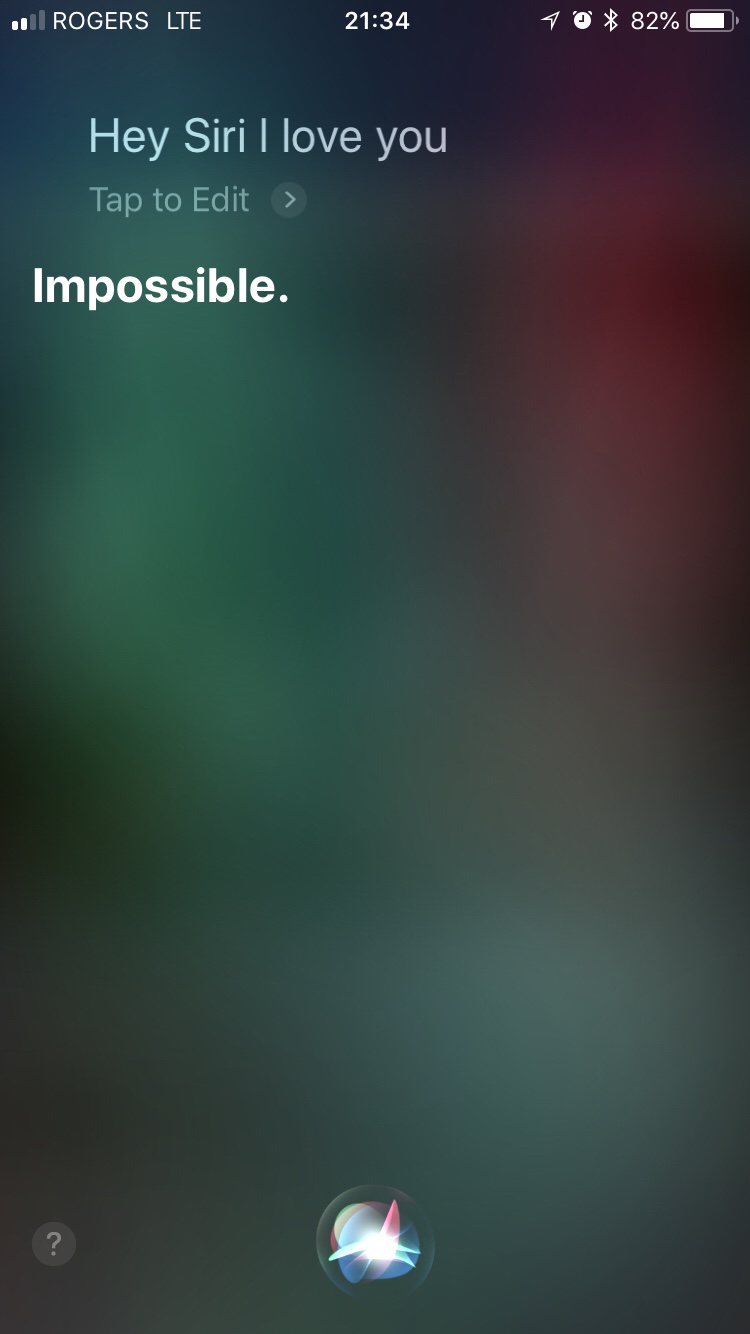 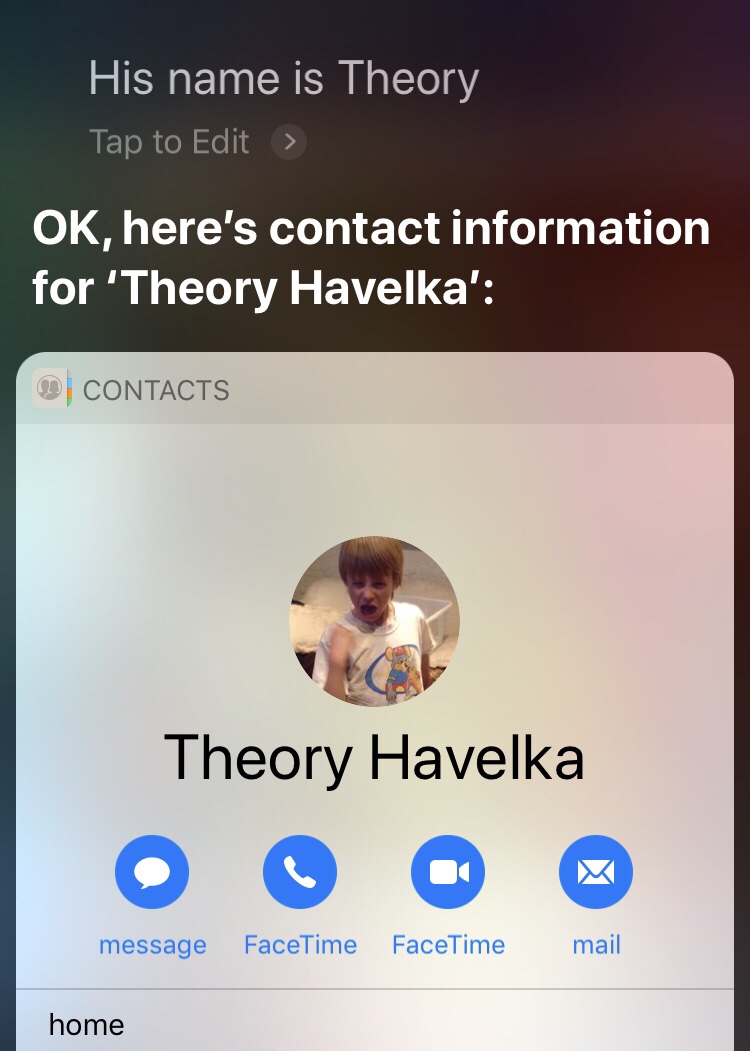 You see, my technology listens to me. Even when I don’t want it to. 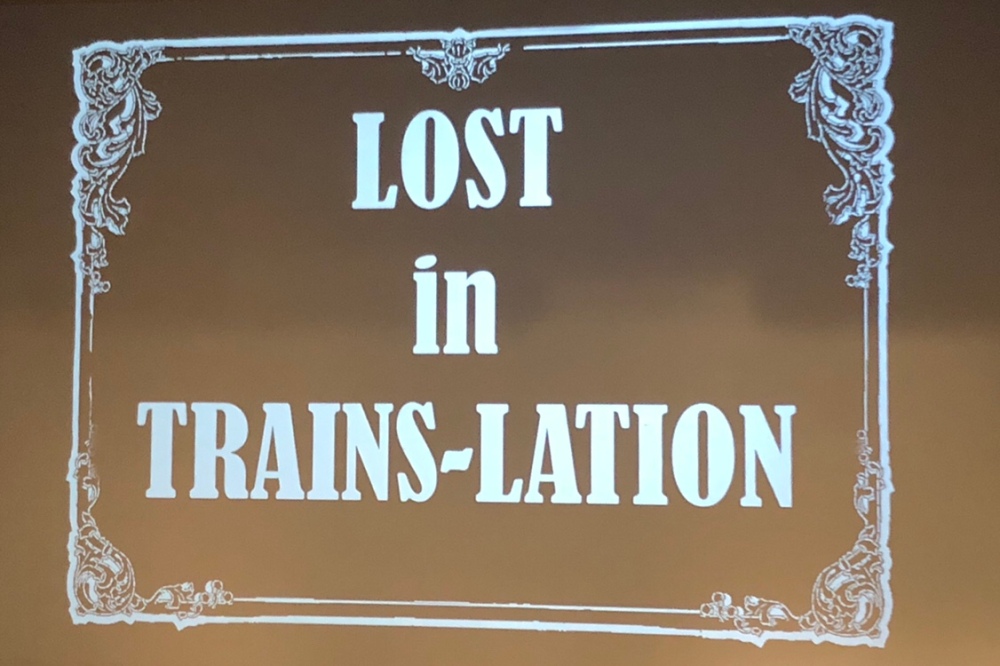