Yesterday my son and I attended his first ever hockey game. We went to the Rogers Arena in Vancouver to watch a match from the World Juniors. My boss at work was kind enough to give me a couple of tickets. So I took full advantage of my day off and my son being home for winter break to attend the game. 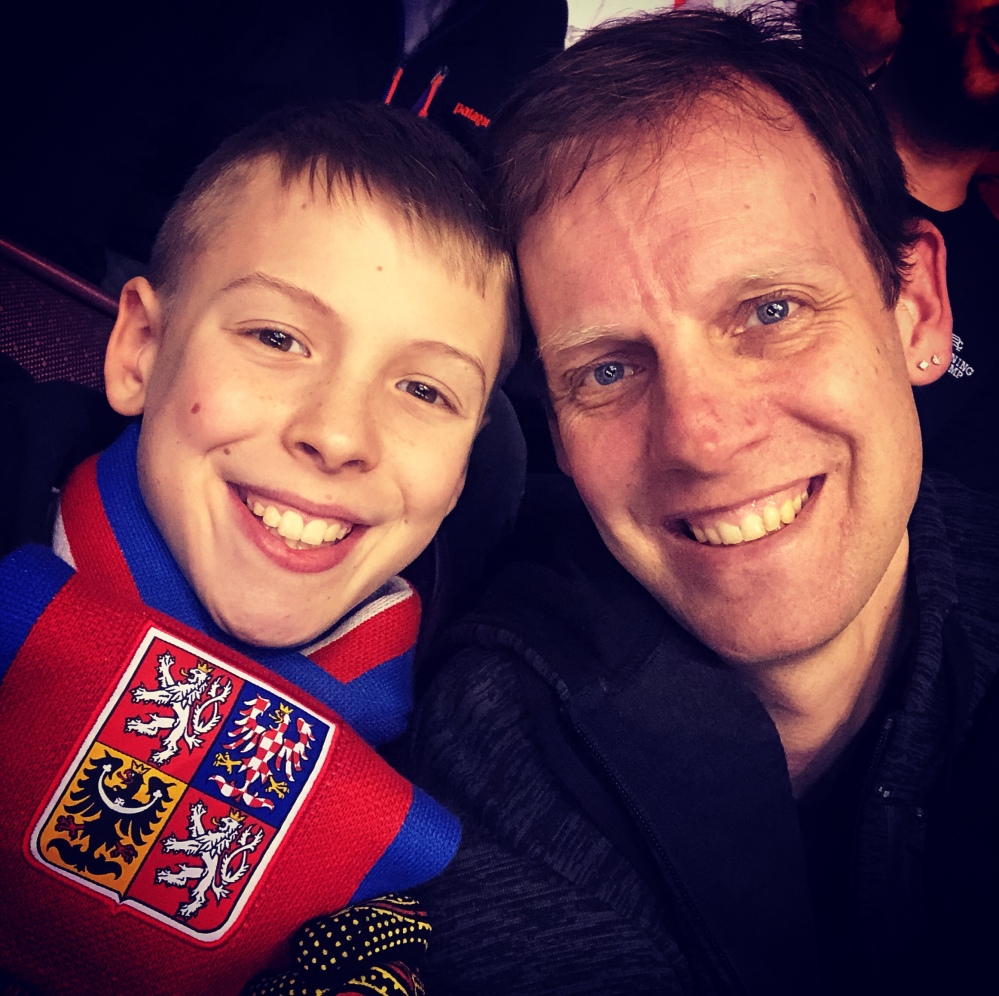 We were happy to show support to the Czech Republic as they played against Russia. I picked up a hockey scarf at the game so my son would have a souvenir to remember his first hockey game. 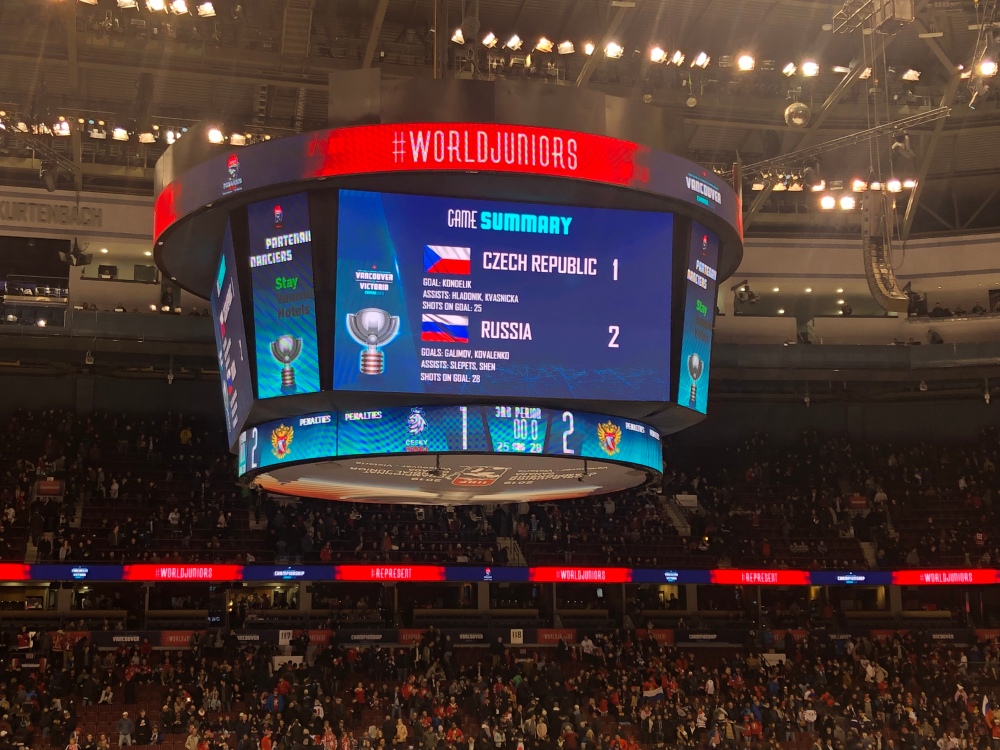 With one minute left in the game, the Czech team pulled out all the stops in an attempt to tie the game. Unfortunately, the last shot on goal didn’t make.

In the end, my son and I had a great experience together. We cheered, we oooed and we awwwwed with the crowd. We took selfies and videos. We even had good conversation during the drive to and from the game. All around, it was a great evening spent with my son.