As much as I thought I was going to do a whole lot of nothing yesterday, I was wrong. I ended up going out to my favorite watering hole to celebrate their third anniversary. 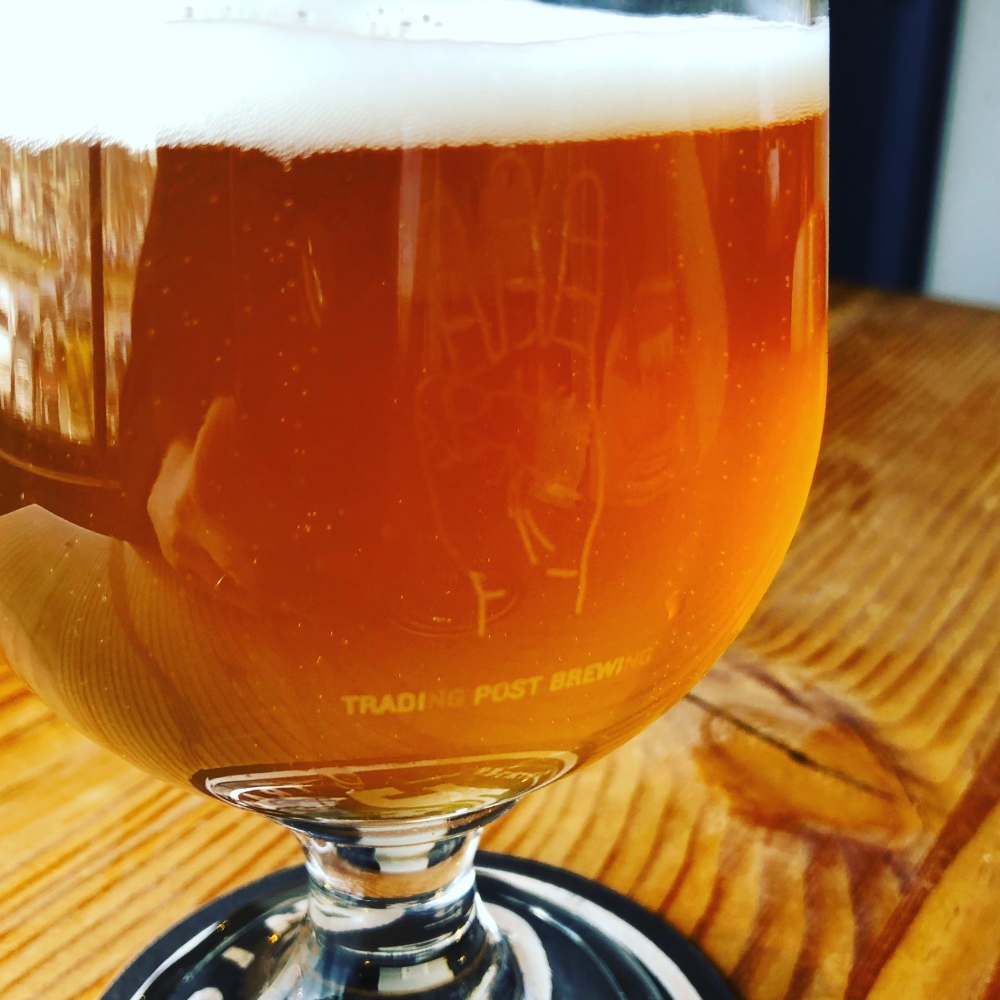 They were offering up a limited edition etched glass to the first 100 customers. Much like last year, I scored two glasses. Because it was so cold outside, they opened up early to let everyone in. I was the fifth person in line of about 40 people. I was only inside for about forty five minutes before having to leave for another appointment.

I also ended up seeing some people I had met over the years. So my interaction level had to go up. Good thing the beer was 8.7% and tasty. Seriously though, I had such a great time at the opening that I returned a few hours later to get a couple of growlers filled.

Something about the Trading Post Brewing that makes it feel warm and welcoming. No matter which location I attend. I love supporting local businesses as well. Thanks again to the brewmaster and servers for a great beer and celebration.