Dead Frog Brewing has been around for a few years. I think it was about a year ago they moved locations to a higher traffic area. I have been to their tasting room a handful of times now. Unfortunately I find that many of their beers aren’t as good as they once were. It seems they are going for quantity not quality.

On Saturday, my wife and I went to Dead Frog with our friend to sample what they called “Sour Ass Saturday”. Many of their sour beers were on special as well as a sour beer float. Since I was driving, I only had a couple of beers. None of which were sour. One of which was absolutely nasty. 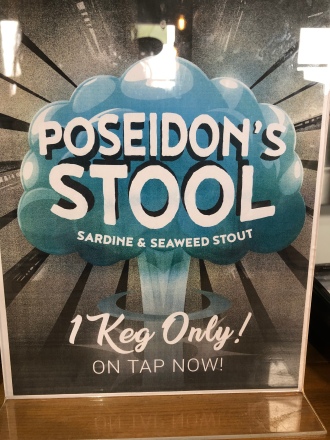 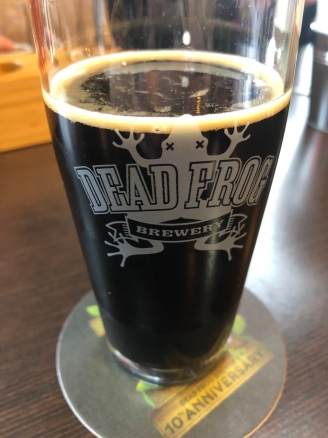 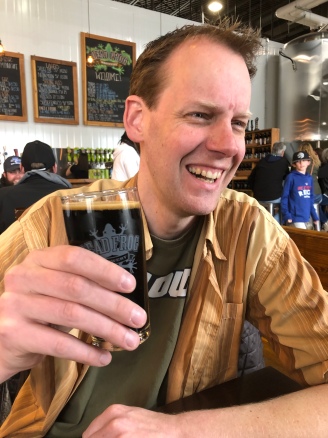 There was a beer called “Poseidon’s Stool”. Sardine and seaweed stout. I can only describe it with the utmost vulgarity.  Please stop reading if you wish to not be offended.

It tasted as if a teenage boy had masturbated frequently into a dirty, sweaty gym sock; then used the sock as a coffee filter- straining beer through the coffee grounds; then Poseidon drank said beverage only to cause himself a severe case of explosive diarrhea into a keg thus allowing underlings to sample it. As you can see from my expression, I was happy to try a unique flavor until it actually hit my taste buds. Now I know what killed the frog.

Not everything should be attempted. Blending seafoam sperm and beer shits is not my idea of a pleasant drink. Afterwards I had to go home and drink other types of beer to try and forget the flavors. Perhaps I should’ve stuck with a samples from Sour Ass Saturday.  But if the name is anything like the other beer- drinking sour ass isn’t my thing either.