“You think you can hide from me? We shall have such great adventures together.”

On Wednesday April 10th, there was a limited screening of “The Man Who Killed Don Quixote” by Terry Gilliam. I have been waiting years for this film. About a month ago, I found out this screening was happening- As I mentioned in My blog last month, I love Monty Python and Terry Gilliam. So I found someone else who equally appreciates these things and I bought two tickets to a film.

As I watched this film in an uncrowded cinema, I realized that his movies speak to a select audience. These aren’t Marvel or Star Wars. But it’s not exactly artsy either. It’s like having a dream come to life and everyone around is sharing it with you. 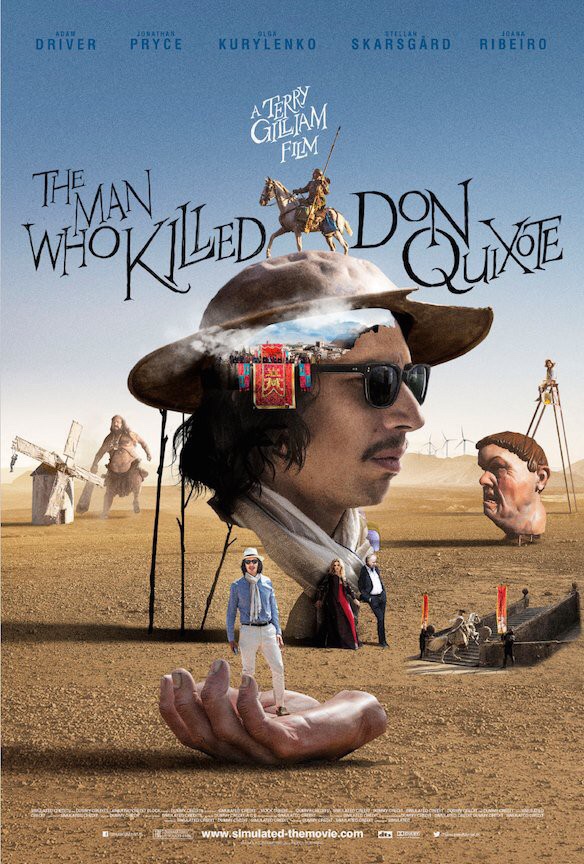 For my friend and I, this film did not disappoint. Terry Gilliam successfully shared a marvelous adventure through the art of celluloid. If you watch previous films of Mr. Gilliam, you can stitch together sensations from each of his pieces. As if this film is the culmination or even the pinnacle of his film making career.

The Adventures Of Baron Munchausen

Fear and Loathing in Las Vegas

The Imaginarium Of Doctor Parnassus

All of these play a part in the cinematic experience that created Don Quixote. From dream sequences to the angle of the artistic shots. From humor to homelessness and helplessness. The way insanity spreads and takes over but somehow makes everything better.

So there you have it. No spoilers. No criticisms. Perhaps one day I shall read the book. “A peasant like you cannot read. I will sound the words and you can look at the pictures.”

To tell you that I enjoyed the film would be meaningless.

But I enjoyed the film.