My father had a tendency to speak Czech with his buddies when his family was around. My father did this because we, his immediate family, couldn’t speak Czech. He never wanted us to know it. My father kept secrets. Read about my unknown half sister Here.

My father taught us only one Czech phrase. A phrase to say at the start of a meal. Dobra Chut’ meaning Good Appetite. I have never taught my children this phrase. Maybe I’m bitter towards my father. Perhaps I can share this phrase and create good memories of their grandfather whom they’ve never met. My children want to see the good in the world, and I want that as well. 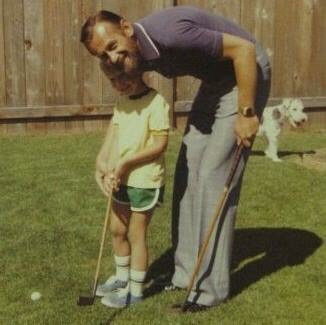 But I did pick up on some Czech. As a child you get curious as to what is going on in your world. I discovered a few things from my father’s friends older kids. They were surprised that I didn’t know Czech. But I knew some. Mainly because I stole my father’s old English to Czech dictionary.

He used a few phrases quite often which made it easy to find words. I began to become quite proficient in trying new phonic spellings to decipher what he was saying. Most was gibberish. But on occasion I heard about his feelings for his family. His disgust. His disdain. His regret. Being a child and receiving pity from people you barely knew was difficult. A part of me wanted to return to being naive. I wasn’t exactly the son he wanted. But I overcame his words, overcame his feelings of contempt- I survived and thrived.

My father used a phrase often when greeting his friend. At one point my father told me it meant “Hello Smiley.” But the literal phrase would have defined my father more than his friend.

To the feelings my father left me with when he died in 2000, I say “Na shledanou.”