Having three teenagers requiring food kind of hits the pocketbook hard. Buying in bulk at Costco or during a Case Lot Sale at the grocery store seems like a good way to save money. But in reality, my kids see it as “more food to be eaten” before the next shopping trip.

Any parent of a teenager or college kid knows that Mr. Noodles is an inexpensive way to eat. I’ve lived off them for a daily meal filler when I lived on my own in my younger days. Over the past couple years, they have been making their way into my home again. And my kids are devouring them almost as quickly as I buy them.

When I do get to eat some, I like to drain out the water, then add the contents of the flavor packet to the noodles only. This is how I’ve always had them. My wife on the other hand prefers to eat them as an actual soup. Recently I’ve decided to change it up a bit. 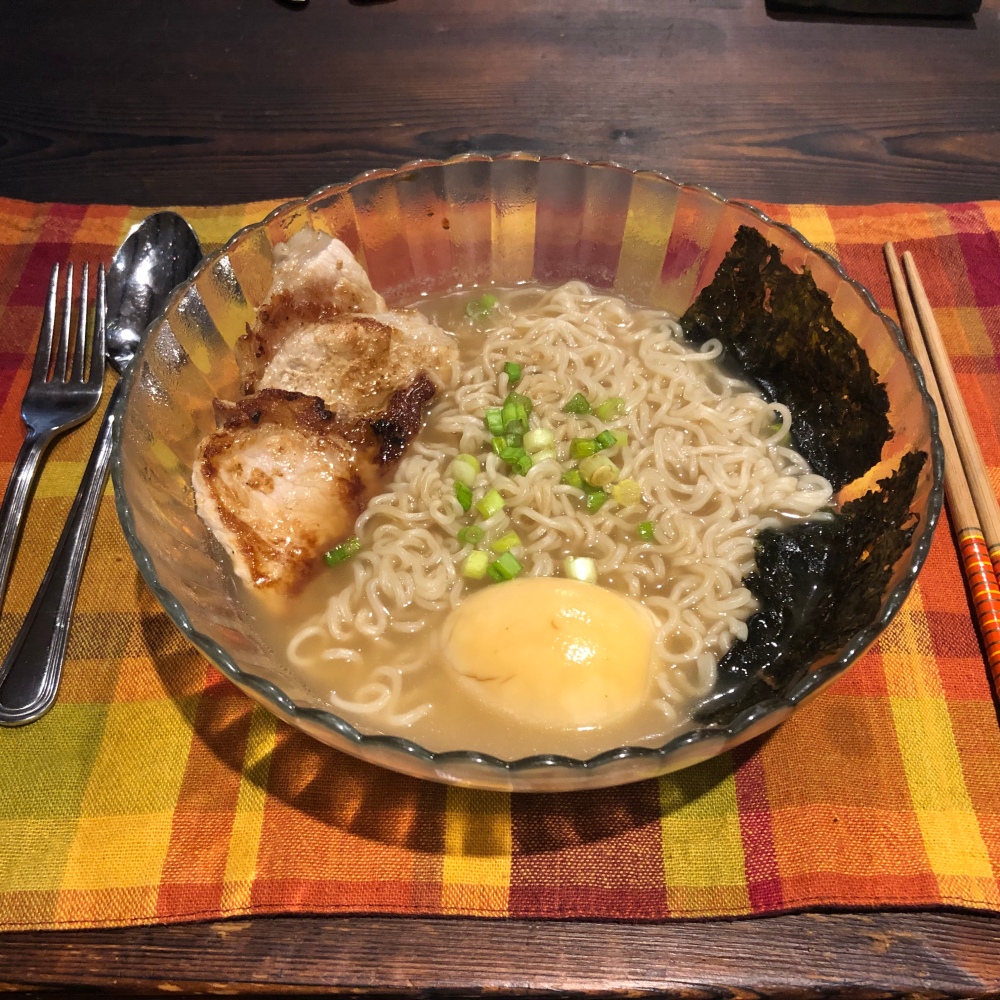 Since Mr. Noodles is technically Ramen, that’s what I’ve been trying to make. Albeit on a budget, but a bowl of Ramen nonetheless. My first attempt I felt pretty good about and it tasted not too shabby. I fried a bit of pork, soft boiled and egg which was then soaked in soy sauce. We buy packets of seaweed for snacks, so it was a great garnish on the side with some green onion chopped on top. It looked like I could’ve passed it off as the real deal.

The other day, we had some leftover Chinese takeout. I was hoping to enjoy some fried rice and sweet and sour pork, but as I mentioned- I have three teens in our home that are eating everything in sight. Except the vegetables. So I mixed those leftovers with some Mr. Noodles. Again, my wife enjoyed it as a soup, and I ate them as beef noodles. Super tasty.

Stretching a meal budget can be tough. Making cheap foods taste better is a talent I have. Now to figure out how to make Pizza Pops better.

When my wife and I got married, our honeymoon cost us about $400 and lasted three days.  This was our first vacation together.  We made the most of it.  We stayed at a B&B.  We had a couple of dinners out, bought some cheap kites to fly around the lagoon, rented a couples bike for an hour and went canoeing up a small creek.  I learned never to let my wife paddle a canoe, she learned that I can’t fly a kite.  It was simple and relaxing.  We went back for our one year anniversary for a night.  My wife was due with our first child within a few days of this.

But we didn’t vacation much after this.  We began to save for a home.  We also bought our first new car.  Then our second daughter was born.  We became busy with raising kids.  Our family was growing.  We had a third child a few years after.  We were now married for five years and no vacations were in sight for the near future.  Such was life.

First day at Disneyland in 2009. Early enough to stand at the gates waiting with anticipation.

Then it happened.  Early 2009 I got laid off.  I was given two days notice.  We had three small kids.  Six, four and two.  Being forced to take time off, I went on to the Disney website and booked a hotel and park tickets for us.  We left on the Friday driving straight down (24 hours with one four hour nap in a rest area).  We spent a week in Disneyland and forgot about all of our worries.  For under $2000 we had the experience of a lifetime.

When we returned home, we vowed to go to Disneyland every couple of years.  Turns out 18 months is the maximum time away that we can endure.  We have returned for Trick or Treating a few times and once for Spring Break.  Every time we go we make a new experience and set of memories.  I’m no expert on Disneyland, but I have a few tricks up my sleeve on how to make the most of a trip.

Besides Disneyland, we haven’t done much in the way of vacations.  We made it to Hawaii once for a Cheerleading competition.  We bought plane tickets and booked our hotel so far in advance that we ended up paying less than some of the other families that went along.  We stayed at the Hilton Hawaiian Village, and had all of the amenities we could need.  We loved that trip, but I’m not sure we will ever return to Hawaii.  There are plenty of other warm locations that we would love to travel to. 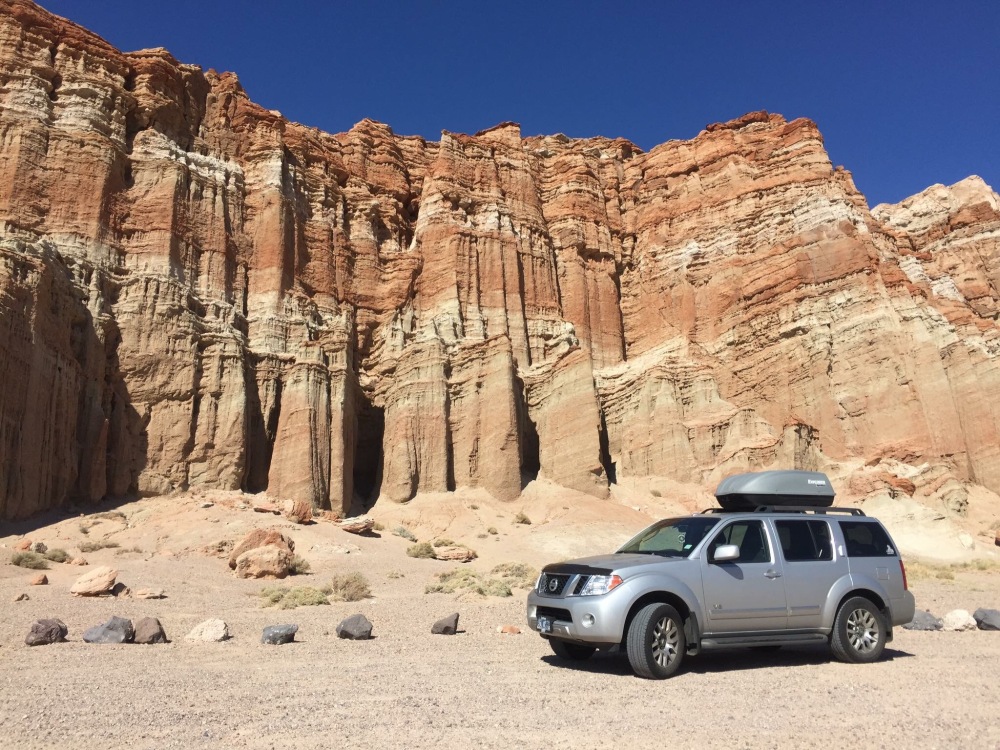 Side trip back from California through the desert.

Over the years we even incorporated a few extra days into my wife’s convention circuit.  Attending a variety of Comic Cons, we have had opportunities to see more of the world as we drive to and from the venues.  This is another huge money saver for us.  Adding a small detour doesn’t really add anything to our trip.  Plus my wife’s business makes enough that we pay cash for the hotels and use some of it as spending cash as we travel.

All of this is wonderful.  And generally inexpensive.  We budget like crazy to afford the trips.  We also plan months/years in advance.  We also enjoy that aspect of the vacation.  (At least I do.) 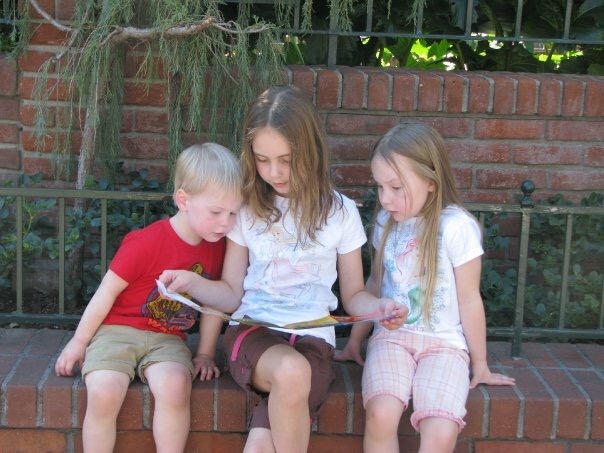 Planning their next stop back in 2009.

This year we have a couple conventions that were already booked and we also plan to go for a few days camping.  All of it either paid for already or not going to cost us much.  I have decided that we need to really expand for our next big vacation.  Worldwide expansion…

Yesterday, I mentioned trying to expand our travels to be more World Wide.  Here is the link in case you missed it: Vacation Planning.  Over the past few days, I have been looking into traveling to Asia and Europe within the next two years. I started by looking on Expedia and pricing tickets from one location to another. Then my wife asked if I had looked into”Around the World” air tickets. Flying this way cuts our cost in half. Bonus.

However, we are still going to need to figure out some other costs such as hotels and food. We aren’t going to be road tripping with a cooler this time. My initial estimate for the five of us hovers around $30,000 to travel for about a month.

This is a huge jump from the first trip my wife and I ever took. It is something that the two of us have talked about doing with the kids since before our first child was born. When we originally began talking about this idea, we wanted to take the kids out of school for a year of traveling the world- similar to this family: Quit Your Job and Travel the World for a Year.   However since our children now attend a Choice School, they’d  lose their spots and the advantage we have struggled so hard for them to have. So we will have to resort to a summer trip and hit the destinations filled with crowds (unfortunately).  Not really a big deal.

I am really lucky with the new position I have at my work. Because of the years of service I have already put in, I am now given five weeks vacation every year. As well when I was working on the union side, I had to work the year prior to put into the following year for vacation. This means my work owes me four weeks vacation time that I need to take over the next couple of years. For those doing the math- that’s fourteen weeks off over two years. I must take five this year. I will still have nine weeks remaining. A little over two months. That’s a lot of time off.

When I married my wife- I was at $12/hr working about 30hrs/week when we first traveled on our honeymoon. Our first vacation reflected the tight income.  It’s time that our biggest vacation reflects the salary change and growth of our family.  Our children are older and more competent than when we first traveled to Disneyland back in 2009.  Those memories are what we as a family have enjoyed the most.

So why not incorporate a trip to Disney World along the way?  The kids would love that.  I would as well.  Pretty sure my wife wouldn’t put up too much of a fight. This is now in the works for our future big trip.