There’s a Distillery located just south of Fort Langley called Roots and Wings. We drive past it everyday taking the kids to and from school. I finally decided to stop in and sample some of what they had to offer. 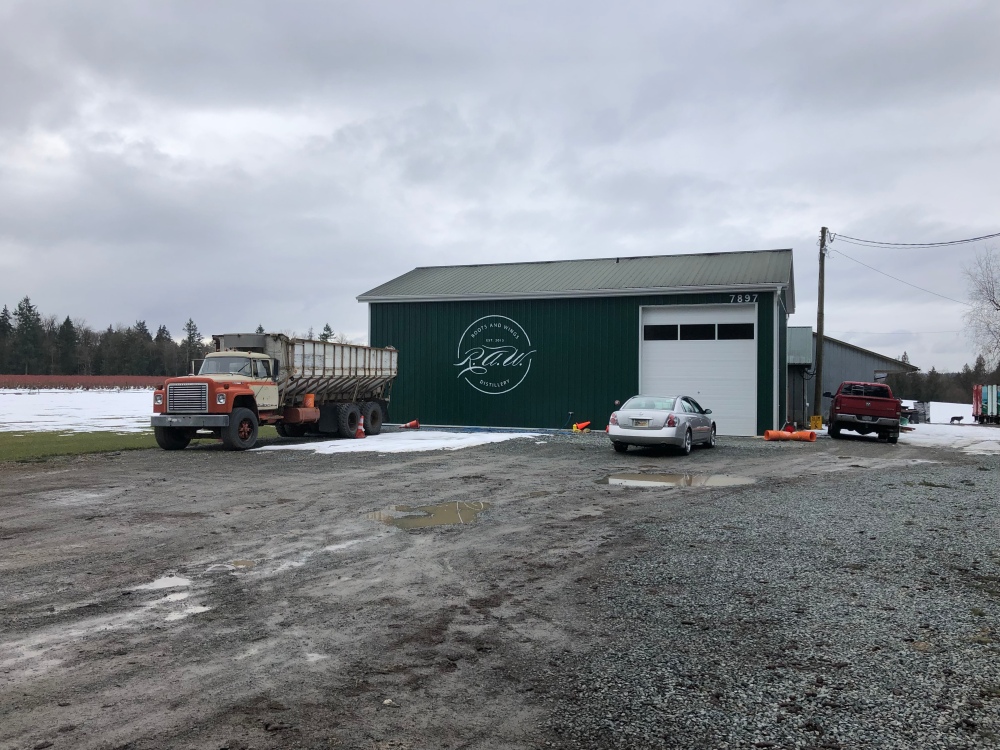 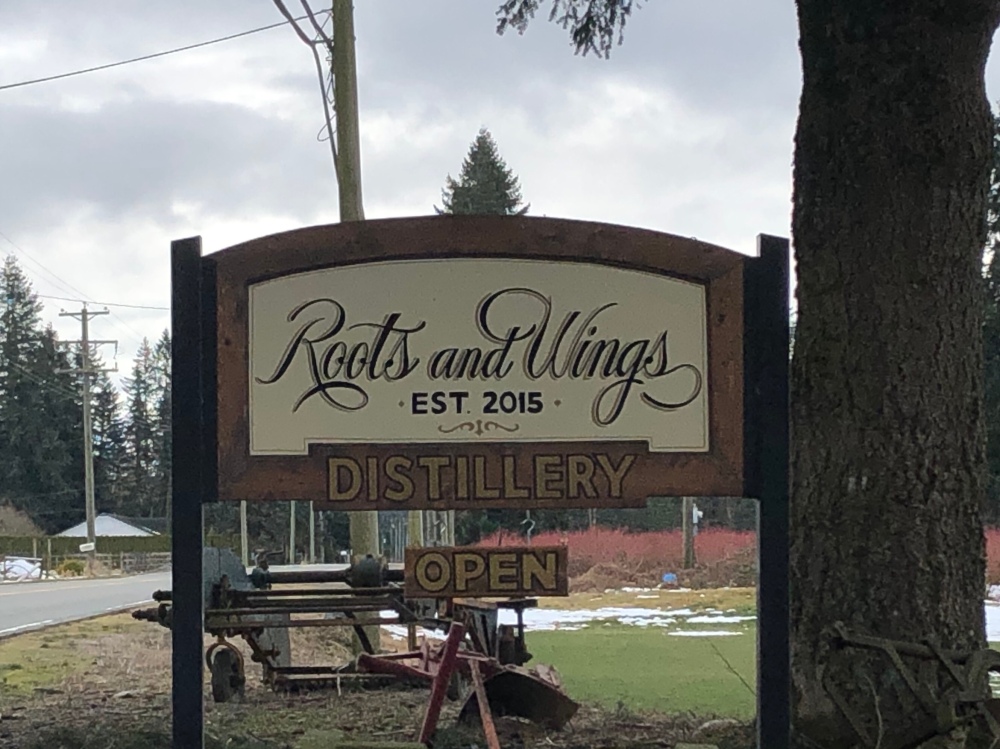 Looking at the building from outside doesn’t seem like much. It’s still fairly new only being established in 2015. Supporting local businesses is always something I encourage. Since they grow their own potatoes and corn for their vodka, gin, and whiskey (or rather, rye because it hasn’t been aged long enough yet)- it didn’t surprise me that there was only a small tasting room. 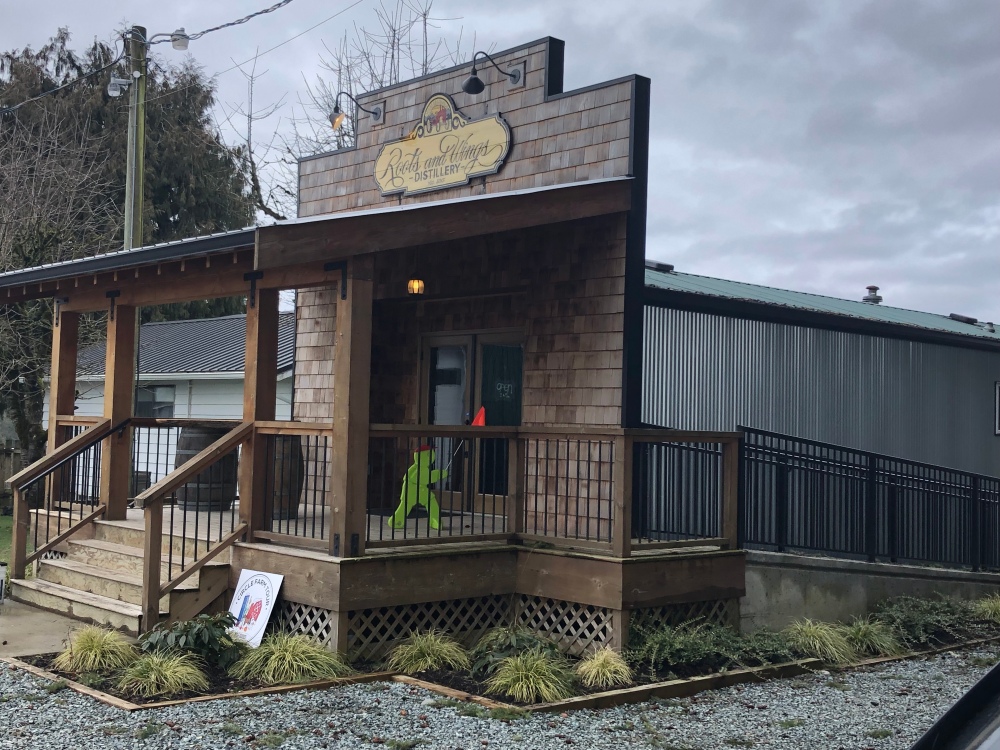 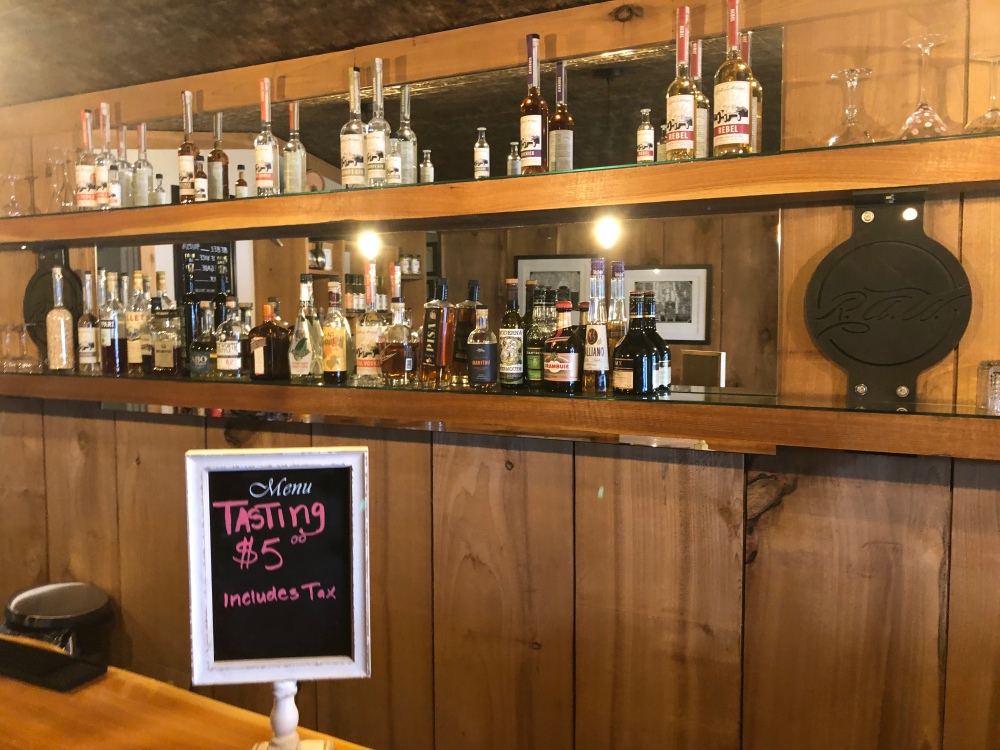 Inside holds about a dozen patrons. I was alone when I sampled each of their liquors. Natural flavors and a taste unique to each bottle kept me wanting more. There wasn’t a throat burn or the cheap taste of “nail polish remover” you find in bottles of similar price point elsewhere.

As I sat there, the hostess gave me a history of the distillery and the name. “Roots” being their starting in Langley, and “Wings” for how they want to expand and grow. I also learned that in the following month or so they will be offering cocktails in their tasting room along with charcuterie. Sounds like I’ll be back for more when that happens. 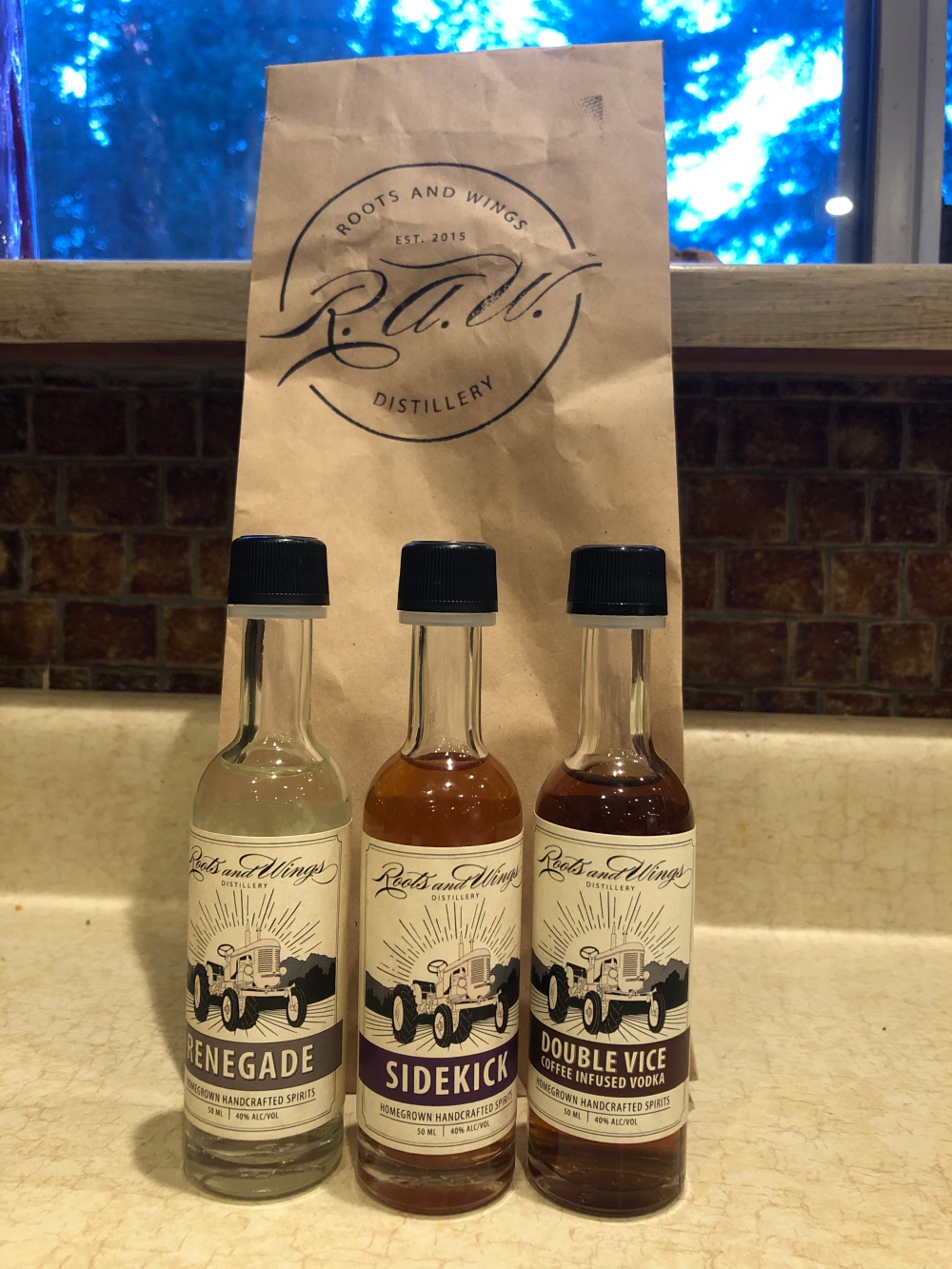 I took a few small samples home. A coffee infused one, a cinnamon one and a horseradish one- that last one turned out to be perfect for a Ceasar FYI.

I recommend checking out Roots and Wings on a Saturday to try some of their offerings. Or be on the lookout for them at the local Farmers Markets coming up this year.

Today’s adventure was something I never thought I’d truly enjoy.  It was few steps above brewery tours and a step above a winery tour. I’m talking about delighting in a Distillery tour. 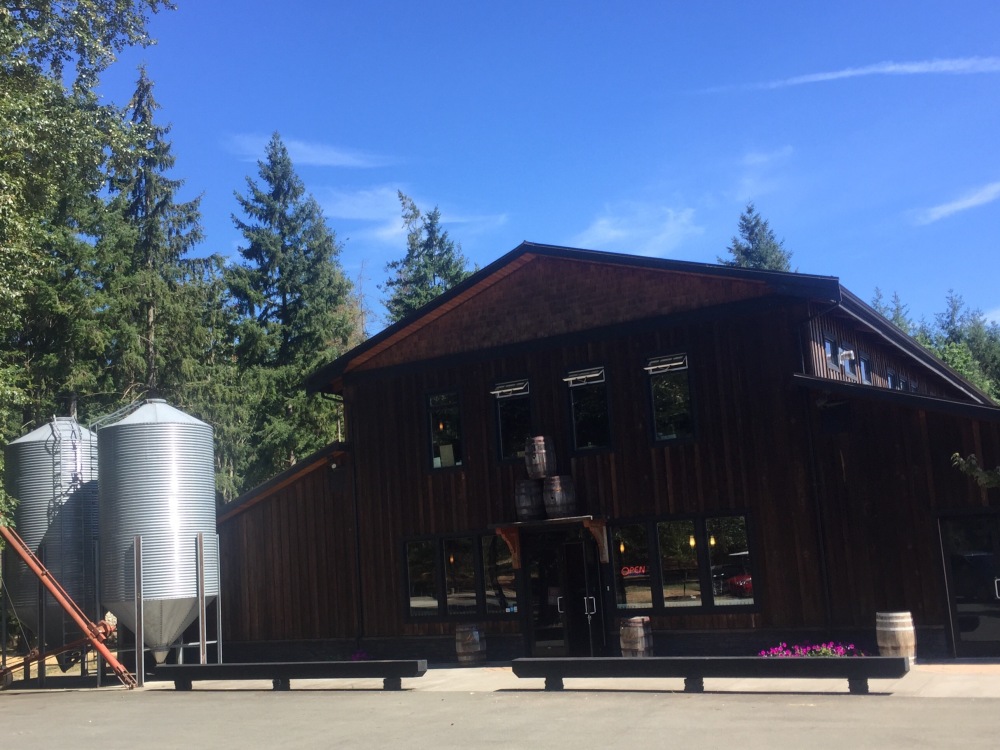 The Shelter Point Distillery is in Campbell River on Vancouver Island. They use barley that they grow themselves as the sugar for the base. It is soaked in hot water after crushed. A ton of grain gives 5000L of Wort. One tank is filled every day. It takes seven days for wort to become wash. All grains are from BC. For single malt, they use their own grain grown on site. Fun fact: Whiskey is distilled beer. But you wouldn’t want to drink distilled beer. It is 10% alcohol.

The Shelter Point Distillery uses pure copper tanks, 1/4″ thick and 18 feet tall which were hand made in Scotland. The tanks were extremely impressive. Turning liquid into steam, back from steam to liquid.

Then it goes into a condenser. Then back to a spirit cell. This creates a purer alcohol. Nothing is wasted. They separate the heart (the good stuff) from the head and tail during this process. Three barrels worth of alcohol are created, then a desicion to make either vodka or whiskey happens.

They distill four times and make a beautiful tasting whiskey. Shelter Point started production seven years ago.  Whiskey barrels stay in warehouse for a minute minimum 3 years or it is not considered whiskey. It takes 5 years to make their gold winning whiskey. Fun fact 2: Their whiskey is 20% faster to reach maturity than in Scotland. Because of the temperatures in BC. Each year 2.5% evaporates from the barrels. This is considered “The Angel’s Share” in old Scottish terms.

For the flavored vodkas: they use only pure natural flavors with no sugar added. It take 3-4 weeks to make vodka compared to almost 3 years for whiskey.

The tour was given to us by an older gentleman named Brian.  It was from him that I was able to parlay all of my whiskey wisdom in today’s blog post. It was a good thing I took notes… He gave us samples of whatever we wanted to try.  After sampling the vodkas and the whiskeys, my wife and I had to make some purchases.

Barrel of Sunshine is one of the best tasting liqueurs I have ever tasted.  It was a tasty mix of orange,chai spice and maple.  It is a perfect dessert sipper to end a beautiful day. Three bottles are coming home with us! Plus a bottle of Red Apple Vodka. 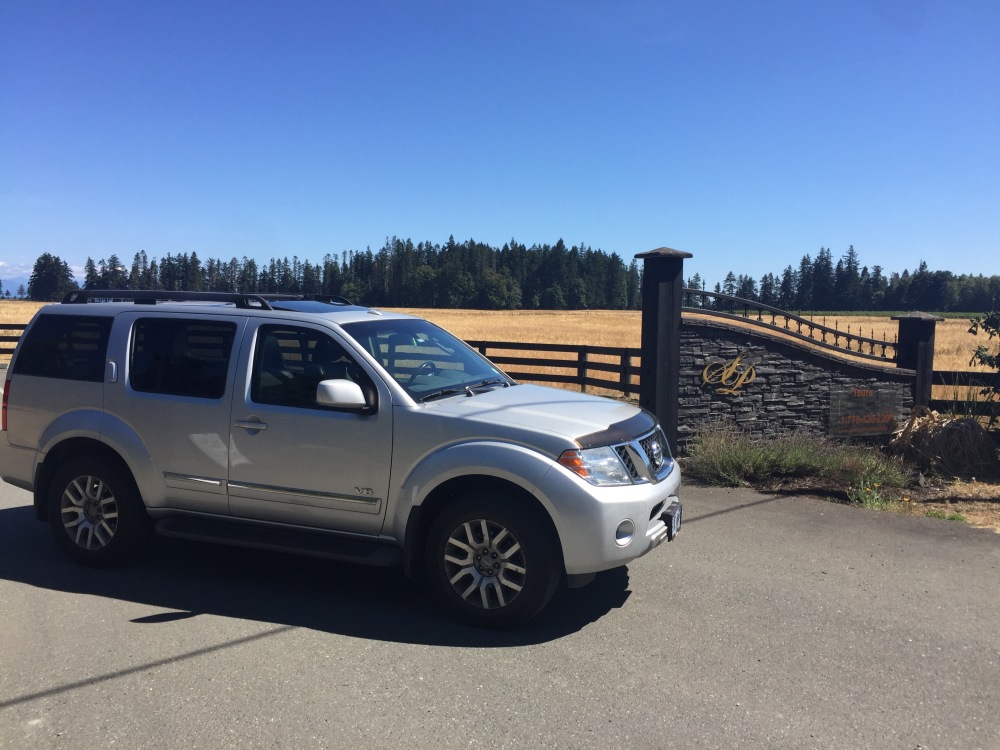