We adopted a new member of our family back in 2013.  He was about four years old and fit in almost immediately with our family.  I knew he was the right pet for us because he was farting constantly in the three hour car ride back to our place.  The evil that came from his butt may be the reason my son came up with the name Lex Luthor for him. 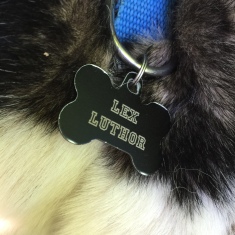 A little over three years later and our fur-baby (oh gawd I said that) is a big part of our family.  He follows us from room to room throughout the house.  He’s there for family movie night, or dinners, and even answering the front door.  People love to see him, we even have a friend who loves taking care of him while we go away.  He’s a calm and lovable dog.  I only have one complaint.  He sheds. 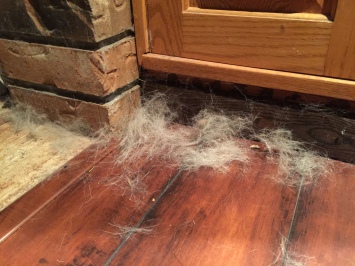 There’s a small animal being made right before my eyes.

Now, I know almost all dogs shed.  It’s just a fact of life when you have an animal in the home.  But the amount of fur that comes off our lovely dog on any given day, is enough to make a second pet.  (Imagine if you will, Gizmo from the 80’s film Gremlins after he gets wet.  I am happy that Lex doesn’t often get wet. That makes it nearly impossible to get rid of dog hair.)  I can deal with the fur gathering under the sofa and around the corners of the floor.  I have come to terms that I need to carry a lint brush for my shirts 24/7.  His hairs just float around and land everywhere.  I’m glad that we don’t have a forced air furnace heating our home: there’d be a per-pet-ual cloud of dog hair tumbleweeds.

But even after my complaining, we love our dog.  He is every part of this family as any one of us.  Adopting a rescue dog has been one of the greatest joys that we shared as a family.  He has enriched our lives, given us exercise, and has been there for each of us as we needed company.  Go out and save an older dog.  Puppies are cute as well, but the older an animal gets, the less likely they are to find a home. 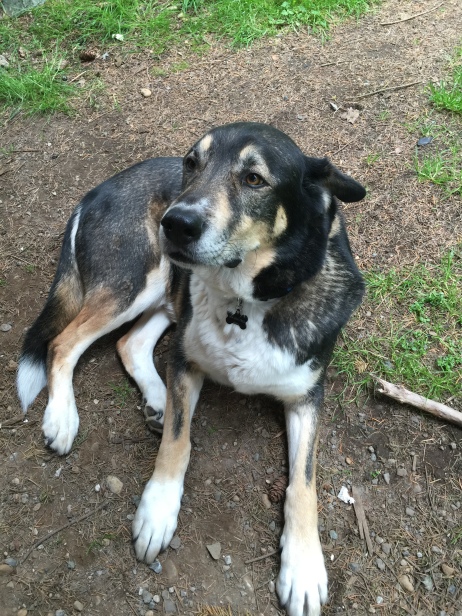 Since rescuing our dog, I have met some really neat people who also love their rescue animals.  One of the neatest people I met was Anne Wheaton.  She is always out there doing good for animal rescues in Pasadena California, check it out here: Pasadena Humane Society.  We adopted Lex Luthor from a small place in Merritt, BC called Angel’s Animal Rescue.  There are plenty of animal rescues out there, one may have your future family member there.