Calgary’s Olympic Oval is the reason we came out here this week. Our son attended a Speed Skating Camp at the Oval. He has his own ambitions and my wife and I want to see him succeed. I’m most impressed by how serious he is wanting to take his training. 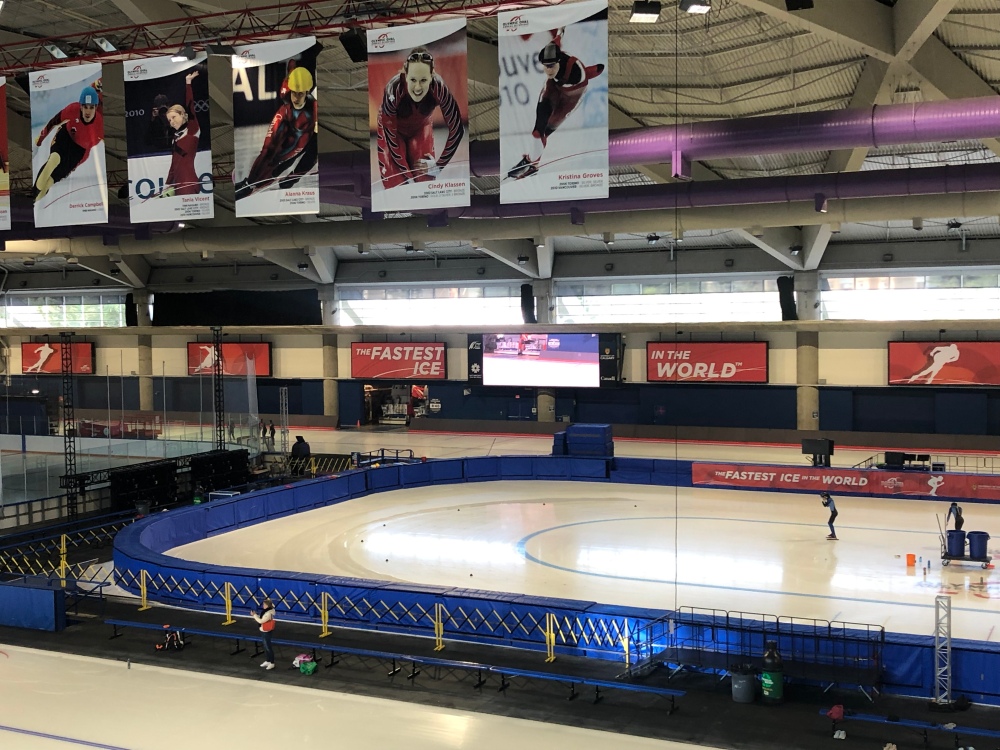 Calgary’s Olympic Oval has the world’s fastest ice. Usually our son skates Short Track at our local ice rink and at similar meets in other ice rinks. He decided that he really wanted to get into Long Track Skating, so we got him out to Calgary to try it out. The first four days he wore his Short Track skates and dominated his own abilities.

Sadly, my wife and I ended up buying him his first pair of Long Track boots and blades. I say sadly more for our pocketbook. First these skates cost over $1000 and also the fact that we will be doing more traveling to other Long Track ice rinks in the coming years. There is also a new learning curve for him. But I think it’ll work out.

Our son wants to stand on the podium one day. He has set some lofty goals for himself. If my wife and I can help in any way, then we will. Next month- off to another Long Track for some more practice. In the mean time, lots of workouts and sideline cheering to keep him going.