On our first full day in Tokyo, we journeyed around near our hotel. We found some shops and restaurants. Then we ventured off towards the Tsukiji market to check out the fish. 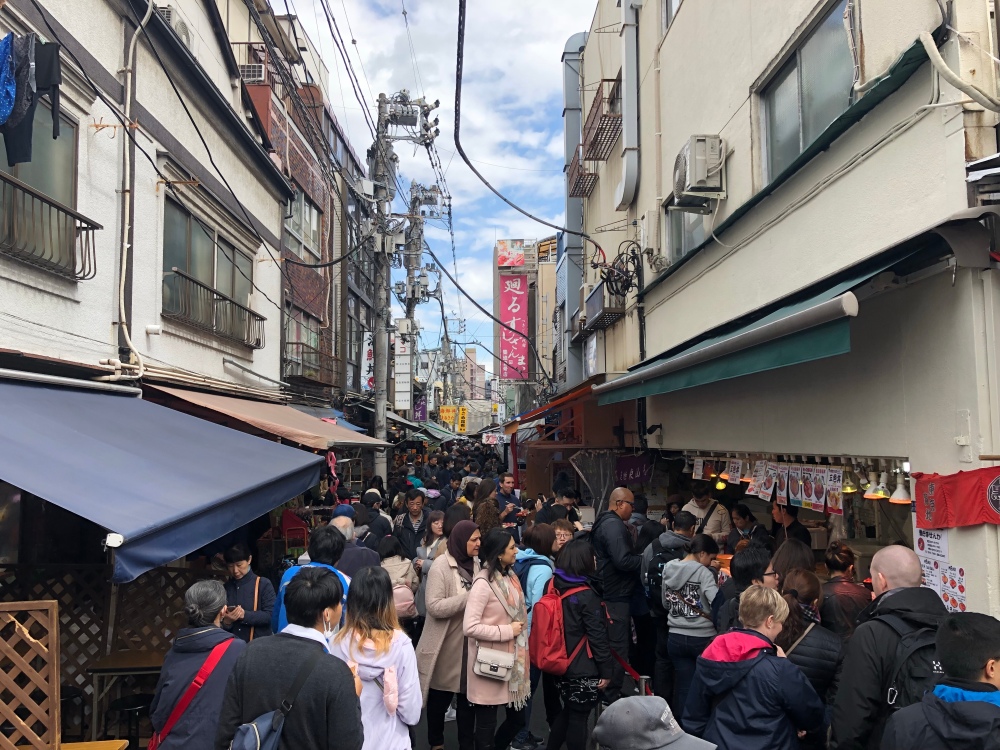 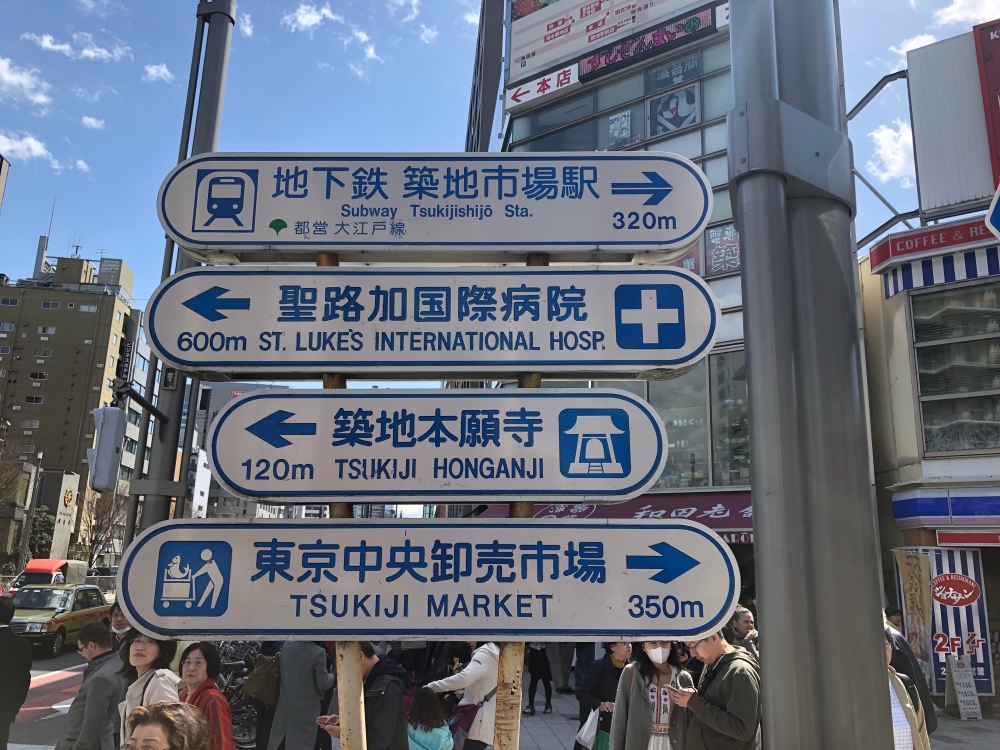 After wandering around the market sampling foods and taking tons of photos of fish, we saw a sign pointing towards a temple. Since there was no big plan today, so we walked over there. 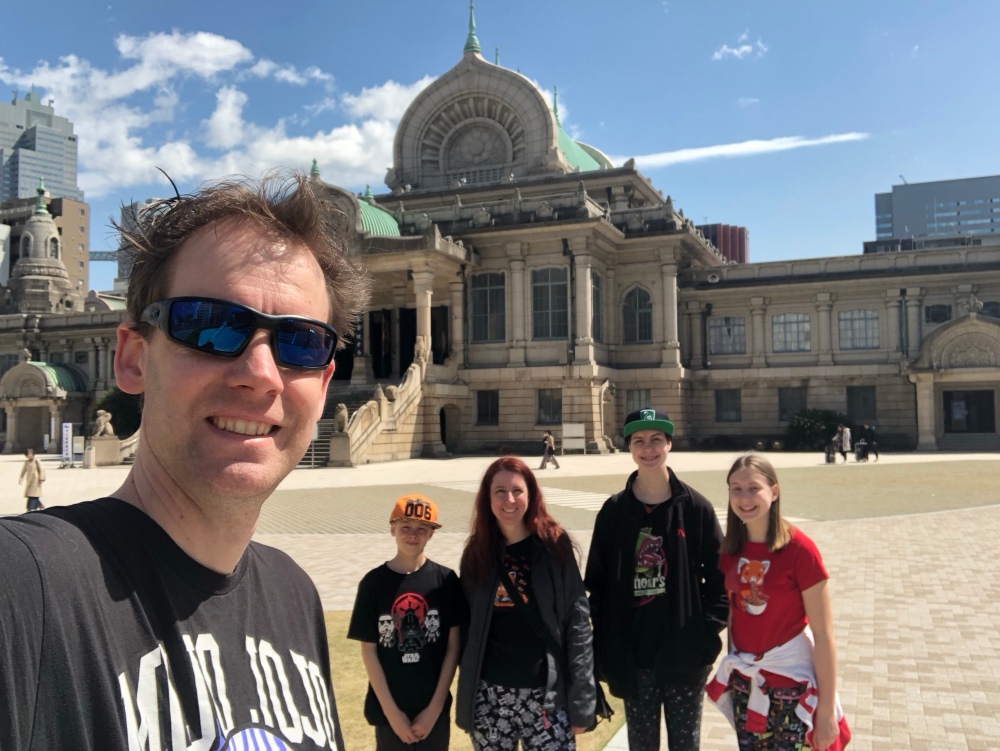 It was a lovely building that we entered and I performed a Buddhist prayer as respect. The chanting and the incense inside added to the spirituality of the temple.

Then we walked towards “Don K”- a store filled with cheap junk. We laughed at the merchandise- my kids thought it was funny that dad was a shit head. I was mesmerized by the over stimulation in the store. Noises, sounds, videos, and colors attacked my senses. We picked up some bento box lunches and went back to the hotel. 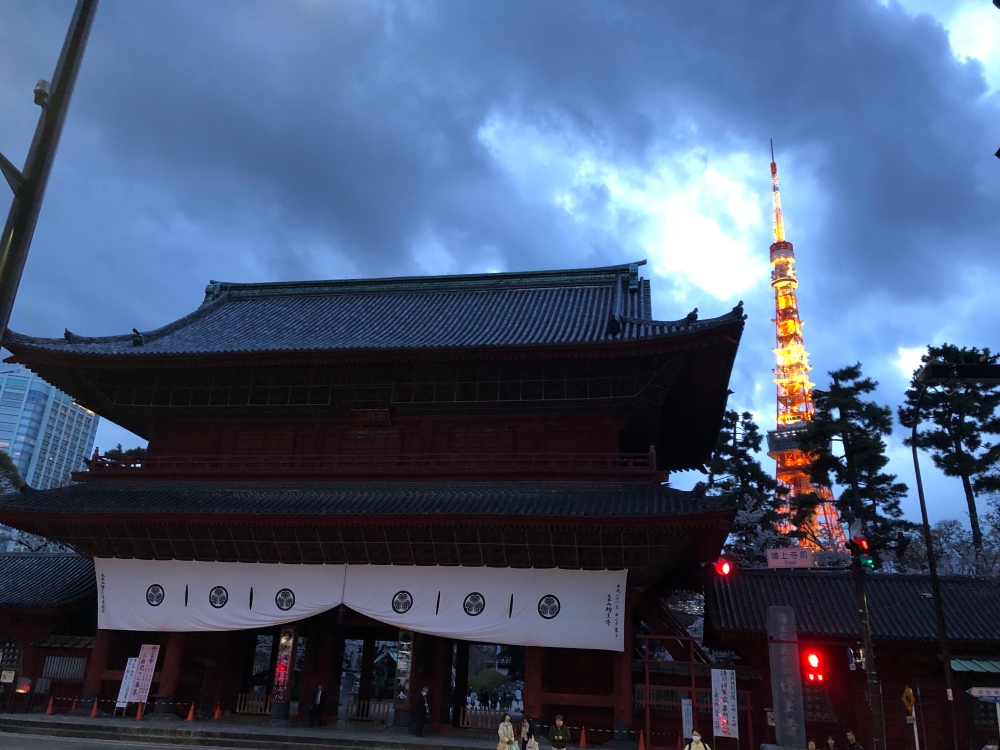 After lunch, we all had a quick nap- the time change was still hitting us. By dinner, we were up and out the door making our way towards Tokyo Tower. On our way there we stopped at the Zojoji Temple. But as it was getting dark, there was only some of the outside to see. Lovely white cherry blossom trees were all around. (We plan on walking back during the day sometime this trip). 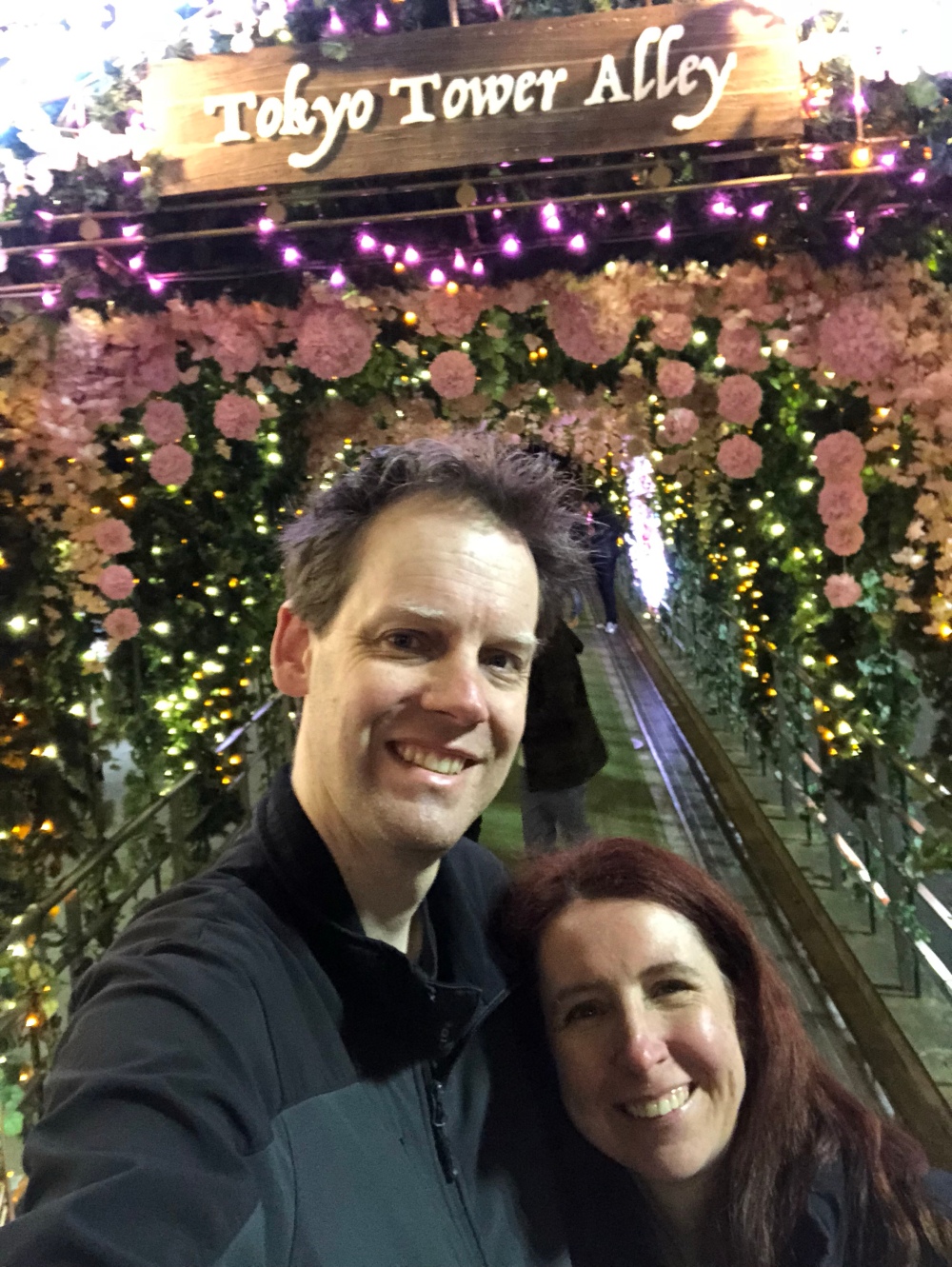 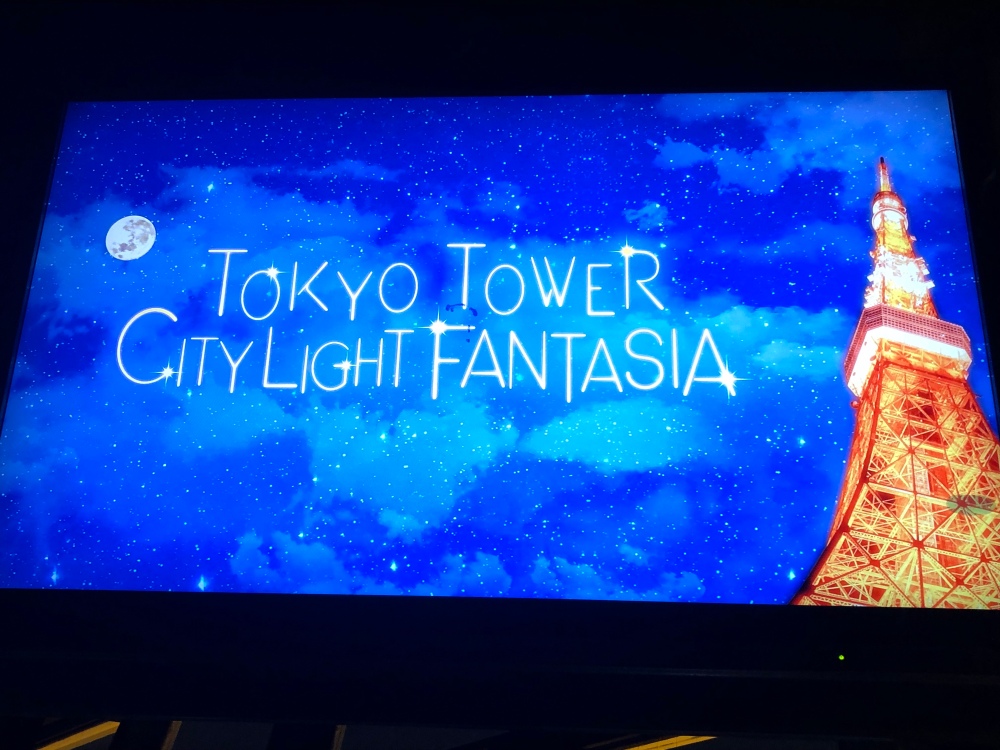 Once at Tokyo Tower, we went inside and checked out the stores. Our middle daughter loved the Hello Kitty merchandise. I had pre-purchased tickets for the Tokyo Tower Top Deck Tour since it had just reopened at the start of the month -they had limited tickets available. We were each given a device and ear piece that described the history of the tower as we slowly escalated to the Top Deck through a series of elevators. 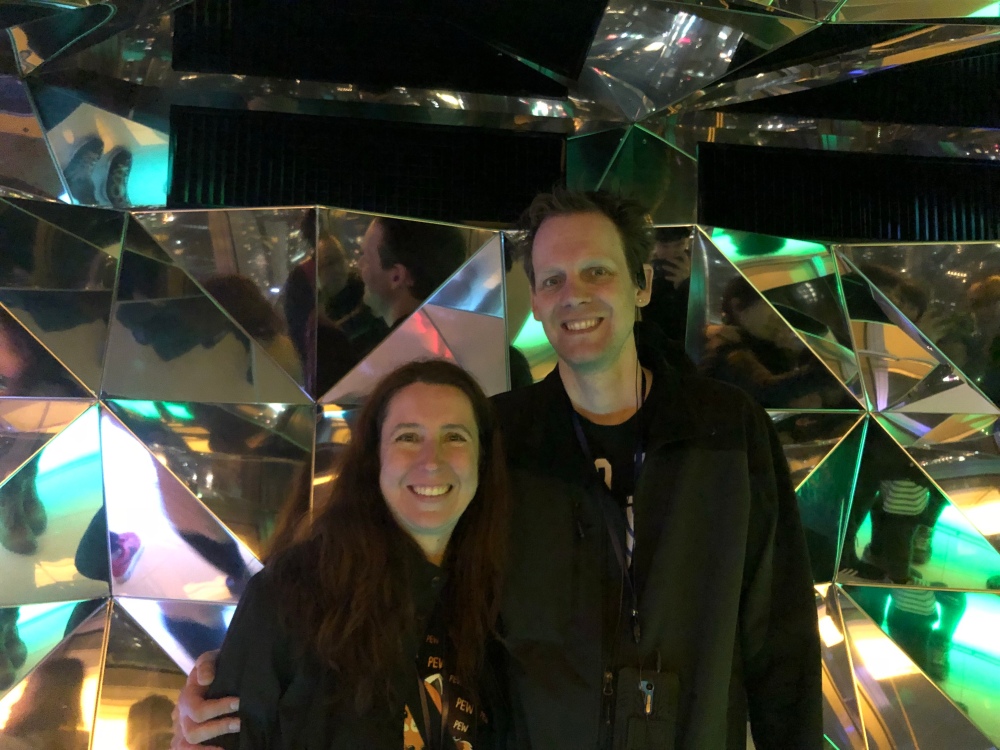 Once we were at the top deck, it all became so much more than just a visit to Tokyo. Inside the top deck were angled reflective panels that gave a look of shattered glass. It was a beautiful expression of art. The 360° views of the city were stunning. I had timed out our tickets for the 8pm slot in order to view the night lights and the Disneyland Fireworks.

This was a great way to end our first full day in Tokyo- overlooking this amazing city.